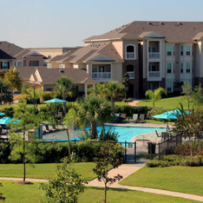 Lured by the tightest United States rental market in six years, Canadian real estate investment trusts (REITs) are charging into what is seen as bargain-priced rental apartment market south of the border.

In May, Vancouver-based Pure Multi-Family REIT (TSX-V:RUF.U) snapped up a Houston, Texas resort-style apartment complex with 352 units at price of US$43.8 million, or about $124,000 per suite. In the last two years Pure has bought a total of 3,966 U.S. apartments in Texas and Arizona and is looking for more, said Andrew Greig, Pure’s director of investor relations. “We are seeing a 2% to 3% overall vacancy rate,” he said.

This month, Toronto’s Milestone Apartment REIT (TSX:MST.UN), which now owns 18,388 rental apartments across the U.S. south, bought a 424-unit apartment project in Orlando, Florida, for US$50.7 million, which works out to less than $120,000 per apartment.

Each of these sales projected a capitalization rate of from 6% to 6.9%, which is about twice what multi-family rental properties are paying in Metro Vancouver, where the average price of an apartment building is north of $200,000 per suite, according to a recent report from Macdonald Commercial.

Axiometrics a Dallas-based apartment data research company, reported this week that U.S. rental apartments had posted a 95% occupancy rate, the highest level in six years. “It’s a surprise because it’s coming at a time when new supply is flooding the market,” said Stephanie McCleskey, Axiometrics’ director of research. “One reason occupancy is rising is that, not only are people moving into these new units, but they’re also moving into Class B units at a lower price point.”

Greig said the high demand for U.S. rentals reflects a major shift in Americas’ housing market. The millennial generation, he said, has lost faith in homeownership and are opting, in droves, to rent instead.

Citing the 2008 U.S. housing market crash, Greig said, “the kids of baby boomers saw their parents lose value on their homes and even lose their homes. They prefer to rent instead.”

First-time buyers now represent barely 27% of U.S. home sales. Historically their share is closer to 40%, according to the U.S. National Realtor Association. Many young buyers have also been priced out by the more stringent lending practices by financial institutions that came in after the 2008 market crash.

As a result, the U.S inventory of unsold homes on the market increased 6% from a year-ago to 2.28 million in May. That was the highest level since August 2012. 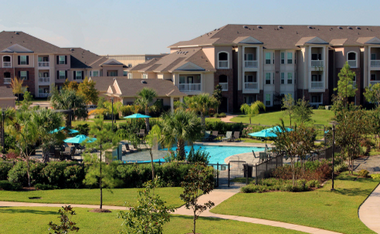 Aside from white-hot demand, there other advantages to investing in Texas or Arizona rentals rather than buying in B.C., Greig said. “There are no rent controls, there is no state tax and land prices are a fraction of what they are in Metro Vancouver,” Greig said.

Pure’s latest purchase is a residential complex that covers nearly 20 acres and includes a clubhouse, resort-style swimming pool, athletic centre and a poolside cabana. A Texas tenant can rent a luxury 1,500-square-foot townhouse for $1 per square foot, Greig said. “In Vancouver, that $1,500 might get you an old basement suite.”