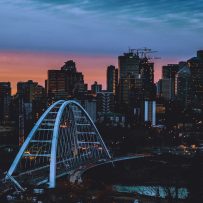 Canadian real estate’s economic contribution was slowing, but it’s back with a vengeance. Gross domestic product (GDP) made a big jump in October, with real estate doing a lot of the heavy lifting. A component, real estate and rental and leasing (RERL) provided over a tenth of the monthly GDP increase. RERL showed the biggest growth since last year.

Canadian real estate significantly boosted the economy’s growth last month. In October, the RERL sector reached $266.1 billion at the seasonally adjusted annual rate (SAAR). It is 0.8% higher than a month before, and the biggest growth since December 2020. Good for real estate. It really needed a win.

Canada’s GDP advanced at a similar rate of growth. Total GDP reached $2.0 trillion in October, up 0.8% from a month before. Just over 12.1% of those points were growth from RERL. It’s worth remembering this isn’t the total contribution real estate makes to GDP. Industries like construction, 14% of growth in October, are dependent on housing.

Canada is still dangerously dependent on real estate for economic growth. RERL was 13.3% of GDP in October, down from the peak of 14.8% in April. Despite the smaller share, it’s still a large amount.

Canada used real estate to juice its GDP numbers before the pandemic. Now it’s using it to help drive the recovery, making the economy even more dependent. Mind blowing, since Canada depends on real estate even more than the US during the world’s most destructive real estate bubble.