CANADIAN REAL ESTATE CORRECTION IS BECOMING THE DEEPEST IN HALF A CENTURY: RBC 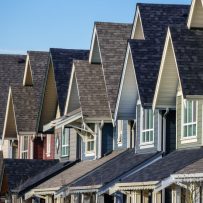 Canada’s largest bank might be its largest real estate bear after last month’s sales. This week RBC explained to investors that a Canadian real estate correction is here. Following downward revisions to the bank’s forecast, key markets reported further erosion. They see the correction spreading wider, and may be the deepest in half a century.

Canadian Real Estate May See The Deepest Correction In 50 Years

“The housing correction now runs far and wide across Canada,” said Robert Hogue, assistant chief economist at RBC. “In the Toronto and Vancouver areas, the decline in activity is quickly becoming one of the deepest of the past half a century.”

Higher interest rates were the catalysts for the correction, according to the bank. However, the sudden realization that prices can’t rise forever has tempered exuberance. After such a rapid climb, buyers aren’t likely to respond very quickly to falling prices.

RBC suggests markets that have seen smaller price growth may be better off, but that’s a big maybe. Even more affordable markets like Calgary and Montreal are feeling the impact.

Not Just Toronto and Vancouver, But Smaller Markets Are Slowing

Key indicators for Toronto and Vancouver real estate show a correction has begun. Hogue says Toronto is now the slowest in at least 13 years, excluding April 2020 lockdowns. In addition, active listings are up 58% and Toronto’s MLS HPI down 13% since March — about $178,000 lower. Just the drop in July was $47,000, and the market has only been in free fall for a few months. Already sentiment has turned on a dime.

“We think this correction [in Vancouver] is still in its early stage. Buyers in the Greater Vancouver area—the most sensitive to interest rates in the country—face further pressure as the Bank of Canada pursues its hiking campaign and affordability reaches suffocating levels,” says Hogue.

More affordable large markets weren’t expected to see much of a slowdown, but it may not be the case now. Calgary home prices reached a cyclical peak in April, explains the bank. Montreal has yet to release MLS HPI data for July, but the bank sees the median price as a turning point.

“This development took place across the region, suggesting a broad-based price correction may be underway,” he warns. Adding, “We expect property values will continue to ease in the near term as the market adjusts to higher interest rates.”

The correction has barely made a dent in recent gains, but is expected to pick up speed in the coming months. The bank is forecasting the Bank of Canada will hike rates by another 75 basis points in the Fall. It’s expected to “keep chilling” the market, as inflation forces more credit throttling.

“We expect the downturn to intensify and spread further as buyers take a wait-and-see approach while ascertaining the impact of higher lending rates.”

The data comes a few days after RBC made downward revisions to its Canadian real estate forecast. Typically the country’s markets have been resilient in a downturn. Markets have managed to avoid any significant national price correction since the 90s. The bank warns that luck has run out.

RBC now forecasts a “historic” correction for Canadian real estate. It  might sound like bad news, especially for one of the country’s largest mortgage lenders. However, they don’t see it that way. They said it should be a “welcome” event after the run over the past two years. Higher shelter costs have been diverting capital from the productive economy. This will lead to a permanent slowdown for economic growth, which is much worse than a few points off housing.