Canadian insolvencies increase 8.4 per cent over past 12 months to September 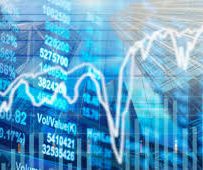 The Office of the Superintendent of Bankruptcy says the number of Canadian insolvencies increased 8.4 per cent over the past 12 months to September.

The number of consumer insolvencies (bankruptcies and proposals) increased to 8.5 per cent compared with the same period a year earlier, while business insolvencies grew by 4.1 per cent.

The mining, oil and gas extraction sector led the way on the business side, growing by 55.2 per cent, followed by information and cultural industries at 42.1 per cent. The finance and insurance sector was up 27.6 per cent.

Consumer insolvencies grew the most in Newfoundland and Labrador and Alberta at about 15 per cent.

Saskatchewan was the only province to experience a decrease as the number of business insolvencies fell 14.9 per cent.

This report by The Canadian Press was first published Nov. 12, 2019.