Canadian Housing Affordability At Its Worst In 27 Years: RBC 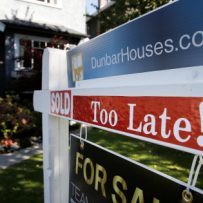 Royal Bank says housing affordability in Canada hit the worst level since 1990 in the second quarter of this year.

The Toronto area was the hardest hit, where RBC says affordability declined the most and hit the lowest level ever measured in the city. 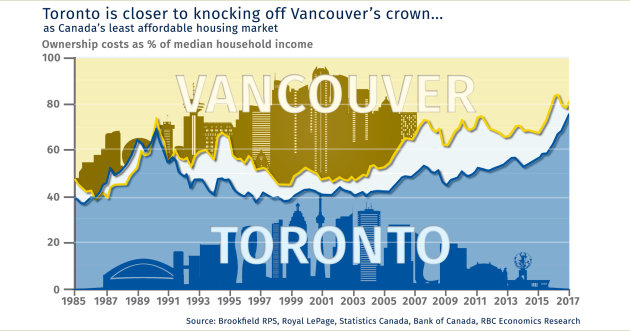 This chart shows that Toronto is on the verge of taking over from Vancouver as the least-affordable housing market in Canada.

RBC says the Ontario government’s actions in April to cool down the housing market did not have an immediate impact on provincial housing prices in the second quarter.

Still, the least-affordable place to purchase a home remains the Vancouver area, where affordability worsened after two straight quarters of improvement.