CANADIAN GDP DROPS WAY BELOW THE BANK OF CANADA FORECAST, PARTIALLY DUE TO HOUSING 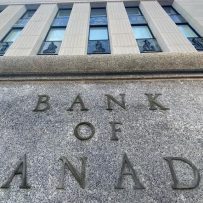 Canadian GDP made an unexpected decline in the second quarter, falling below expectations. Official numbers show a decline of 0.3% for Q2 2021, compared to the previous quarter. This follows 3 consecutive quarters of growth. It was the longest streak since the 11.3% decline at the onset of the pandemic. The agency attributed the decline to falling home sales as well as exports.

Bank of Canada Had Expected 2.0% Growth In The Same Quarter

The Bank of Canada (BoC) had significantly higher expectations for the quarter. In the July Monetary Policy Report, they had forecast an increase of 2.0% for Q2 2021. That puts them 2.3 points below the expectations they had in their growth models. Since the report is released the month after the quarter ends, the quarter wasn’t expected to be this off.

The quarterly growth for real gross domestic product (GDP) in Canada, and the central bank’s forecast before official numbers are released.

Calling the quarter was a little more difficult than it seems, surprising even Stat Can. The agency’s “flash estimate,” or preliminary numbers, expected an 0.6% increase for Q2 GDP. In an investor note, BMO attributed the expectation gap to consumer spending. Households are holding back on spending, and not quite doing it in the volumes expected. Not for a lack of income apparently, but they’re just saving the cash.

The divergence of expectations means the BoC will have some tough decisions ahead. Inflation is ripping higher, crushing household expenses. Typically this would be addressed by increasing the overnight rate. However, the economy doesn’t appear strong enough to handle less rate stimulus.