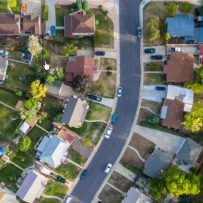 Canadian real estate prices won’t correct due to population growth, right? Well, BMO Capital Markets shared a different take with institutions this morning. The bank explains there is no historical evidence to support this narrative. During the last significant home price crash, Canada saw its population grow at a faster rate. They warn interest rates have a far greater influence on home prices than population.

Demand For Homes Has Plummeted Despite The Population Boom

Despite booming populations, Toronto and Vancouver’s latest numbers show a sales drop. The two cities report a couple weeks ahead of national data, but the same trend is expected. Higher interest rates killed demand for mortgages, but it’s too soon for that impact. Higher rates broke the speculative mindset, an issue BMO has argued would be the case, for months.

Before you crack open the emails to explain things are still busy, relax. BMO explains the drop in sales sounds larger than it is, due to a base effect. Volumes are still elevated but don’t dismiss the drop entirely.

“Still, the drops are notable, with Toronto sales down more than 40% y/y, and that’s just the early days of higher rates,” says Douglas Porter, the bank’s chief economist.

Canadian Population Growth Has No Correlation With Home Prices

Just a blip, right? A bazillion immigrants are coming, creating a price floor that will stop prices from dropping. Let’s look past the fact a fifth of recent immigrants want to leave due to the cost of living. We’ll also gloss over the fact that studies show Canada is looking less competitive by the day. Heck, let’s even gloss over the poor value proposition for immigrants today. Let’s only focus on BMO’s latest chart showing no correlation between population and home prices.

“Housing bulls are convinced that rising immigration tallies and strong population growth will keep a firm floor on the market,” he said. Adding, “Perhaps. But the attached chart shows zero correlation between population growth and home prices.”

Rates Trump Population Growth When It Comes To Home Prices

In the above chart, we can see little correlation — prices even surge before demand in some cases. The issue that jumps out most is the price crash in the early 90s, though. It didn’t matter that population growth was stronger than today, home prices fell. Back then Canadians also believed there was no more land, as is often the case during a bubble.

“One would assume the former [population growth] would lead the latter [home prices rising], at least somewhat,” said Porter. “Yet, note the example of the early 1990s, one of the toughest periods in recent memory for the Canadian housing market (and certainly the Toronto market).”

“In the past four decades, the three years from 1988-1990 just happened to post the strongest population growth—and that did not stop an outright drop in home prices at the end of the period amid a steep rise in borrowing costs. Just a word of warning.”

Demand drives home prices higher, but demand is bigger than just the number of people. Liquidity, which depends on leverage and credit availability, ultimately drives prices. It doesn’t matter if home prices were $1 million last week, if the next qualified buyer only has $800k. The seller either accepts less or gets to keep the property.

This isn’t just an issue BMO has been hammering at. The Bank of Canada (BoC) previously explained low rates didn’t improve housing affordability over the past 30 years. People just adjust their budgets and pay more for the same thing. Oh well, 30 years in the wrong direction can’t be that bad, right?