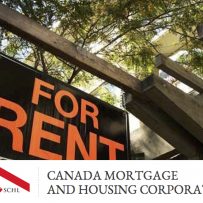 In the privately initiated purpose-built rental market, the average rental apartment vacancy rate in Canada’s 35 larger centres1 increased slightly, to 2.8 per cent in October 2014, from 2.7 per cent in October 2013, according to the fall Rental Market Survey2 released today by Canada Mortgage and Housing Corporation (CMHC).

“Between October 2013 and October 2014, the supply of purpose built rental housing units rose by 2.7 per cent. Overall, this increase in supply outpaced the rise in occupied units, slightly pushing up the national vacancy rate,” said Bob Dugan, Chief Economist at CMHC’s Market Analysis Centre. “That said, demand for rental housing was supported by net migration and steady levels of full-time employment in the 15 to 24 age group”.

CMHC’s October 2014 Rental Market Survey also covers condominium apartments offered for rent in 11 large urban centres, including Vancouver, Toronto and Montréal. In this particular  segment of the secondary rental market, rental condominium vacancy rates ranged from a high of 3.4 per cent in Montréal, to a low of 0.7 per cent in Vancouver. Average monthly rents for two-bedroom condominium apartments were highest in Toronto ($1,818) and lowest in Québec City ($1,070).

CMHC recognizes that there is demand to fill information gaps with respect to Canada’s housing markets. To address this need CMHC has, for the first time, asked property managers to provide information on the total number of condominium apartment units owned by people whose permanent residence is outside of Canada as part of its survey. The condominium foreign investment information was collected in 11 Census Metropolitan Areas (CMA) in Canada. They include: Vancouver, Victoria, Calgary, Edmonton, Regina, Saskatoon, Winnipeg, Toronto, Ottawa, Montréal and Québec.

The results of this additional question indicate that the percentage of foreign investment in condominiums in Victoria is 1.1 per cent, Vancouver 2.3 per cent, Calgary 0.2 per cent, Edmonton 0.1 per cent, Saskatoon 0.3 per cent, Regina 0.1 per cent, Winnipeg 0.1 per cent, Toronto 2.4 per cent, Ottawa 0.7 per cent, Montréal 1.5 per cent and Québec 0.6 per cent. With respect to location, the city core in Canada’s largest rental markets (Montréal, Toronto and Vancouver) experienced larger foreign condominium ownership. (More details can be found on page 5 of the report).

As Canada’s authority on housing, CMHC contributes to the stability of the housing market and financial system, provides support for Canadians in housing need, and offers objective housing research and advice to Canadian governments, consumers and the housing industry.

1 Larger centres are based on Statistics Canada Census Metropolitan Areas (CMAs), with the exception of the Ottawa-Gatineau CMA, which is treated as two centres for Rental Market Survey purposes, and Charlottetown, which is a Census Agglomeration (CA).

2 CMHC’s Rental Market Survey is conducted twice a year, in April and October, to provide vacancy, availability and rent information on privately initiated structures in all centres with populations of 10,000 and more across Canada. Reports are released in June and December.

3 Year-over-year comparisons of average rents can be slightly misleading because rents in newly built structures tend to be higher than in existing buildings. Excluding new structures and focusing on structures existing in both the October 2013 and October 2014 surveys provides a better indication of actual rent increases paid by tenants.

To access CMHC’s 2014 reports on the rental market select from the links below:

Note: A table of vacancy rates, availability rates and rents is attached.

2 The Percentage Change of Average Rent is a measure of the market movement, and is based on those structures that were common to the survey sample for both years.

3 Includes both Alberta and Saskatchewan portions of Lloydminster CA.

The following letter codes are used to indicate the reliability of the estimates: