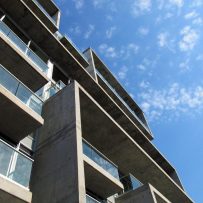 This information comes from the newly released Rental Market Report. Since 1989, CMHC has conducted a Rental Market Survey every October. It collects information for 34 Census Metropolitan Areas (CMAs), as well as all centres with populations of at least 10,000.

Since last year, the supply of new apartment units in the primary rental market increased more than the number of occupied units. This caused the vacancy rate to increase slightly. Though the trend varied considerably from region to region, the overall increase was a minor one.

The Rental Market Survey also covers condominium apartments offered for rent in 17 large urban centres, including Vancouver, Toronto and Montréal. In this particular part of the secondary rental market, vacancy rates ranged from a high of 6.8 per cent in Edmonton, to a low of 0.3 per cent in Vancouver. Average monthly rents for two-bedroom condominium apartments were highest in Toronto ($2,029) and lowest in Québec City ($1,033). 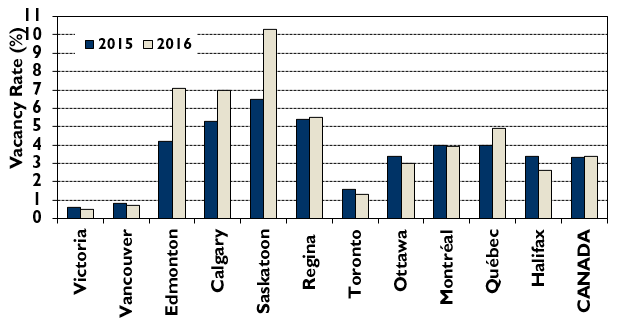