CANADA’S HOUSING REGULATIONS IN COMPARISON TO OTHER COUNTRIES 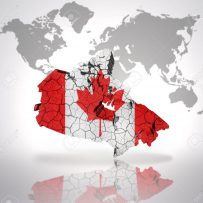 The world’s most populous countries, India and China, don’t allow any non-resident foreign nationals to buy their real estate.

The city of Berlin just moved to protect 1.5 million tenants by freezing most rents for five years. The Netherlands is cutting back on sudden reno-victions by making sure 70 per cent of an apartment building’s tenants agree before landlords makes improvements.

In Canada, it’s British Columbia that arguably has the most rigorous housing restrictions, with a 20 per cent foreign-buyers tax and a speculation-and-vacancy tax. But such measures are minor compared to the astonishing rules concocted by other public officials to deflate housing bubbles and soften rent shocks.

Asian countries are much less open than Western nations to allowing foreign nationals to affect their property values by investing in their land. And many European countries have hard caps on rents, as well as direct financial top-ups to tenants paying more than 30 per cent of their income for housing.

There seems no limit to legislators’ housing creativity.

Many of the planet’s desirable cities are being hit by housing pressures similar to those squeezing Vancouver, Victoria and Toronto. Faced with skyrocketing prices and rents, often combined with stagnant local wages, governments across the political spectrum realize they’re called to devise a range of policies to calm prices and guard vulnerable tenants.

Such regulations and taxes can counter the factors driving up prices, according to Knight Frank, a consultancy. Soaring valuations are caused, Knight Frank says, by a sharp global rise in the number of millionaires, increasingly convenient flights from Asia to the West, record low interest rates and urban infrastructure megaprojects, such as Vancouver’s proposed subway to UBC.

Developers and their often-close political allies welcome the economic and population growth — and customarily claim the only way to create more reasonably priced housing (and hike their profits) is to increase density and reduce so-called red tape. But many economists say it’s impossible to build one’s way to affordability.

“Rather counter-intuitively, building more houses is not the right prescription. House prices won’t fall until the tide of cash flowing into the market abates. … The best way to do this is through the tax system,” says Ann Pettifor, director of Policy Research in Macroeconomics. Without stopping money funnelling into expensive areas, Pettifor says the market will simply absorb it and prices will keep rising.

That’s why restrictions abound elsewhere on foreign investment in real-estate. The biggest sources of immigrants to Canada — China, India and the Philippines — all impose various bans on non-resident buyers. That means millions of new Canadians are already familiar with housing rules that protect local sovereignty. Similar curbs on non-resident ownership are in place in Indonesia, Thailand, Singapore, Malaysia and Hong Kong.

Like in Canada, many of Australia’s big cities are also super-attractive to foreign buyers, typically from Asia. But, unlike Canada, Australia keeps track by requiring every foreign national who wants to buy a dwelling to register. And, to limit the depletion of its older, more affordable housing stock, Australia innovatively restricts offshore residents to buying only new dwellings.

The policy variations go on and on. In Denmark, foreign nationals from outside Europe cannot buy real estate unless they prove they are permanent residents and will live full-time in the dwelling. Even European Union citizens cannot buy summer homes on Denmark’s sought-after coast. Though large European countries like France and Germany are fairly open, small Switzerland has erected more barriers than Denmark.

Even in Canada, which champions the unfettered global movement of capital and humans more than almost any other nation, Liberal Prime Minister Justin Trudeau finally promised in the fall election campaign to follow the lead of B.C. and impose a one-per-cent tax on the assessed values of homes owned by non-resident non-Canadians. The NDP’s Jagmeet Singh called for a national 15-per-cent foreign-buyers tax. We’ll see if they follow through.

What’s being done for tenants?

Given the increasingly often-outrageous cost of home ownership, more people now rent in North America than before. So some governments are moving harder to counter gouging.

Like Vancouver, popular Berlin is growing by almost 40,000 newcomers a year. So its average rents have more than doubled in a decade. Politicians are going far to protect the city’s tenants.

Berlin’s government has just frozen most rents for five years, while capping them at about US$1 a square foot. The German capital has also become the first in the world to say landlords cannot charge rents higher than what the previous tenant paid.

In response to justified fears that Berlin’s laws will kill any incentive to construct new purpose-built rental stock, the government decided any building that went up after 2014 will be exempt and rents will eventually be allowed to rise by 1.3 per cent a year.

Spain and the Netherlands also have nationwide rent-control measures, and have capped rents to the inflation rate. And they’re not alone. Even the staunchly free-enterprise U.S. is home to five states with broad rent-regulation measures; California, New York, New Jersey, Maryland and Oregon. Some Canadian cities are similar.

But they’re not as groundbreaking on behalf of renters as a host of other jurisdictions. Spain has a five-year-minimum on rent contracts, to guard against hikes. And when sought-after Barcelona began being flooded by 20 million tourists a year, losing more than 20,000 rental units to Airbnb, city politicians cracked down. So have many other cities.

The Netherlands not only got tough on landlords who crank up rents in the name of renovating, Amsterdam has found a way to give high priority to families for mid-priced rentals and the national government promises to provide free lawyers to tenants who need to sue landlords.

This is not to mention the dramatic efforts going into social housing. Germany, for example, puts $2 billion a year into housing projects. In lovely Vienna, Austria, 62 per cent of citizens are in social housing (compared to one per cent in the U.S.).

There is truly no shortage of imaginative ideas for aiding people squeezed too hard by the housing market. Each idea needs to fit its context. But in most cases the only thing stopping them becoming reality is the social and political will.