CANADA’S HOUSEHOLD DEBT RATIO IS CLIMBING ONCE AGAIN, HERE’S WHY IT’S A PROBLEM 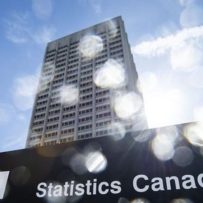 Canadian household debt problems were in retreat, but they’re back and even stronger. Statistics Canada (Stat Can) data shows the household debt to income ratio (DTI) climbed in Q2 2022. It follows a reduction in the previous quarter, when income outpaced credit growth. High (and rising) DTIs typically lead to reduced consumption, and a rise in unemployment.

The household debt to income ratio (DTI) is the average share of credit to disposable income. Household credit is mostly mortgage debt, but also includes things like credit card debt. Disposable income is a household’s income after mandatory transfers, such as taxes. More simply put, if the DTI is 180%, households owe $1.80 for every $1.00 they take home in income.

Higher ratios are bad and lower ratios are good, like you’d probably assume. Since debt is borrowing your future income and economic activity, lower use is good. Owing $1.80 for every $1.00 you earn might not sound like much, but keep in mind it’s an average. Only a third of households have a mortgage, and typically it’s much smaller than today’s buyers.

Higher DTIs reduce a household’s flexibility to respond to economic shocks. Having access to a HELOC to tap in an emergency mitigates risk. Tapping it for a hot tub and having to pay it back in an emergency? That tends to compound your risks.

The now seminal work on household debt explains this concept very clearly. NBER researchers Mian and Sufi studied US leverage in 2006. They found an increase in leverage relative to income led to reduced consumption. After all, they had to repay the debt they just loaded up on. Reduced consumption led to a rise in unemployment a year later. Since households loaded up during the best economy, they had little room to borrow in the worst. This made the ability of monetary policy to help them extremely limited.

Canada’s household DTI climbed once again last quarter. Stat Can reported a ratio of 181.7% in Q2 2022, up 2 points from the previous quarter. Households owe $1.82 for every $1.00 they take home, once again keeping in mind that this is an average.

The ratio is lower than the all-time record, but it’s within spitting range. The highest DTI was reached in Q4 2021, when interest rates were still at a record low. Households had just borrowed so much cash with low rates, they hit a record. In Q1 2021, the ratio made a sharp decline as credit slowed borrowing and incomes gained some ground. However, the rising ratio in the most recent quarter implies credit growth outpaced income growth.

“…subsequent tightening is expected to weigh on mortgage demand and slow the pace of debt growth in the coming quarters,” said Shelly Kaushik, an economist at BMO.

Rising rates diverted a bigger share of payments to interest instead of principal. At the same time, higher rates also reduce borrowing and encourage repayment. Further tightening in Q3 (and probably Q4) are likely to slow borrowing more. On the upside, the labor market is still robust and can cause the ratio to fall. At least in the meantime.