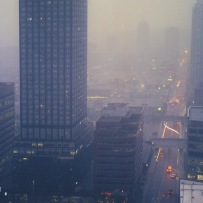 Canada’s highly indebted households are worried about their cost of living. Now they want politicians to fix it. Abacus Data polled voters in August for their top concerns this election. Voters overwhelmingly agree the cost of living is the biggest, by far. It was an issue last election, but not to this extent — nearly two-thirds of Canadians feel it’s a big concern now. Their politics didn’t make much of a difference either. It was the first or second concern for the majority across the political spectrum.

Cost of Living Is The Top Issue This Election

Cost of living is the number one issue with voters, according to Abacus’ latest polls. The issue was a Top 10 concern with 62% of voters, up from 55% during the 2019 election campaign. Access to healthcare is a distant second, with 47% of voters considering it one of their top concerns. Climate change follows with 46% of voters. Personal politics had little to do with the concern over cost of living. People across the political spectrum rank it amongst the top concerns. Usually the highest concern, actually.

Supporters of all parties felt cost of living was a concern, but to varying degrees. Cost of living was the number two issue for Liberal supporters, with 55% expressing it was a Top 10 concern. Climate change narrowly topped the list with 57% of supporters. Access to healthcare came in third, with 53% of voters expressing it as one of their top concerns.

Most Conservative Voters See Cost of Living As The Biggest Issue

Conservative voters see cost of living as the biggest issue, by a huge margin. Cost of living was the Top 10 concern for 59% of CPC supporters. Taxes came in second (52%), and government spending (51%) was third. Basically, the cost of living topped the list three times for this demographic.

Canadians are increasingly concerned about their general cost of living. Only 33% of people said housing was a top ten issue for them. This is roughly in-line with the percent of the population that rents. Since real estate is an input cost into virtually all consumption, it plays a large part in the cost of living. Though, that’s too complicated of a concept for the typical voter to get.