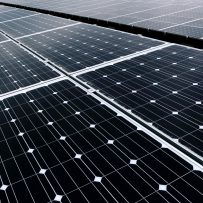 Canada Pension Plan Investment Board went green with a bang.

The pension fund, which boasts the highest credit score at the three largest rating firms, priced C$1.5 billion ($1.15 billion) of green bonds Wednesday in what it called the first green bond sold by a pension fund globally. It was also a record size for a single green bond transaction in Canada, according to Bloomberg data.

The 10-year bonds, sold via its unit CPPIB Capital Inc., were sold at a spread of 71 basis points over similar-maturity federal government bonds and offer a 3 percent coupon. They attracted 79 buyers with demand at C$2.7 billion, according to a CPPIB statement. The sale was led by CIBC World Markets Inc. and RBC Dominion Securities Inc.

“I like the AAA and the spread is attractive given the credit support,” said Mark Carpani, who helps manage C$1.2 billion as head of fixed income at Toronto-based Ridgewood Capital Asset Management and bought the CPPIB green bonds. “CPPIB will put proceeds to good use so I’m fine supporting this.”

CPPIB’s new debt dethrones Ontario’s securities due 2025 as the country’s largest green bond in Canadian dollars. The province’s outstanding securities due 2023 stand at C$1.55 billion, yet that total was split between two offerings; an initial C$750 million was sold in January 2016, followed by a C$800 million add-on of the same notes a year later.

Canada’s green bond issuance has recently been dominated by provincial governments, but an increasing number of other issuers such as insurers and municipalities have been making forays into the market lately too.

In November, Manulife Financial Corp. became the world’s first life insurer to sell green bonds when it priced securities in Singapore dollars. The company followed that transaction in May with the first corporate green bond in Canadian dollars since 2015. The city of Ottawa sold green bonds in November, while Toronto seeks to follow suit in the second half of this year.

CPPIB’s green-bond framework allows for investments in wind and solar energy, sustainable water and wastewater management, as well as green buildings. It plans to invest more than C$3 billion in renewable energy as it prepares for an expected global transition to a lower-carbon economy.

CPPIB invests on behalf of the C$356.1 billion Canada Pension Plan. It started issuing debt in 2015, selling bonds in both Canadian and U.S. dollars and the euro since.