CANADA NOT IN MIDST OF HOUSING BUBBLE: FORMER HOUSING AND MORTGAGE HEAD 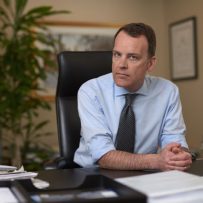 The former CEO of the Canada Mortgage and Housing Corporation says the many factors contributing to Canada’s increasingly hot housing market, while notable, aren’t cumulating in a housing bubble.

“If demand is going up and supply is not, prices will go up, that’s not a bubble. So it’s a question of what the future brings and whether there will be supply and demand coming back into balance and that’s a crystal ball question.”

His comments come amid criticism directed at the Liberal government from opposition MPs, including Conservative finance critic Pierre Poilievre, who says Ottawa is contributing to a housing bubble.

“Not only are Canadians spending more when they buy a house, now they have to pay more on their taxes for the failed programs that this minister and government put in place to inflate the housing bubble to begin with,” said Poilievre during question period last week.

The national average home price in Canada was $686,650 in September, up 13.9 per cent the same month last year, according to the Canadian Real Estate Association. Just five years ago, it fell just below $490,000.

According to Re/Max’s housing market outlook report published Wednesday, sale prices are projected to increase by 9.2 per cent on average across the country in 2022.

Siddall, now the CEO of Alberta Investment Management Corporation, also disputed claims that the Liberal’s pandemic stimulus response is at the root of inflation.

“It’s about much more the demand and supply response. So that again, is market factors including slow approvals – there’s a lack of coordination among municipal, provincial and federal governments and it’s hard for people to build houses. That’s one problem. The other problem is low rates make housing more attractive. Mortgage insurance makes it further attractive,” he said.

Former Liberal finance minister and deputy prime minister John Manley agreed it comes down to supply and demand factors but said there must be an element of scaling back government spending, something he hopes to see carved out in the upcoming Fall Economic Statement.

“There has to be some plan to see our spending as a ratio of our economy start to come down, that this cannot go on indefinitely. Canadians will not prosper, we will not have the wealth to redistribute and to spend on all these programs if we don’t attract the investment into our country that creates the wealth,” said Manley in a separate interview on CTV’s Question Period.

“Through all of this, I haven’t heard a really comprehensive explanation of how we’re going to build our economy for the future so that we create the prosperity that Canadians are going to need.”

A key pillar of the Liberal’s national housing plan that targets supply is their proposal to invest $4 billion in a Housing Accelerator Fund, which they say will create 100,000 new middle-class homes in Canada’s largest cities by 2024-25.

The plan also includes a first-time home buyer incentive and a tax-free first home savings account, among other policy ideas.

When asked whether these kinds of initiatives will prove effective enough to cool the market, Siddall said they are “at the margin.”

Siddall says it’s time Canadians have the debate on whether to implement capital gains tax on primary residences, which he says could help minimize the housing inequality gap.

He acknowledged that it’s an idea not on the minds of policy makers, as it would lead to “political suicide.”

“Politicians just aren’t allowed to have this conversation because the opposition, and it’s any colour, will skewer them for it. And so we don’t have the debate we have to have.”