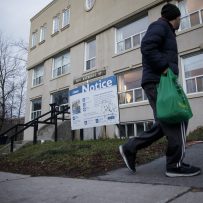 A new year has dawned but the same old housing challenges remain. Most forecasts suggest housing prices will continue to increase, although more slowly than before, since the demand for housing will exceed the supply of available homes even if the expected rise in mortgage rates takes some heat out of the market.

Markets across Canada concluded 2021 with escalating sales and prices, which is a boon for sellers and a source of anguish and despair for frustrated unsuccessful buyers. For example, the average sale price in Toronto last year was $1.1 million, a 17.8 per cent increase over the previous year, on an unprecedented 121,712 sales.The federal and provincial governments are actively consulting experts on putting the housing genie back in the affordability bottle since it’s clear that doing more of the same is unlikely to deliver relief. But there is already some expert analysis out there.

The International Monetary Fund (IMF) , in a 2017 report, reviewed policy measures in other jurisdictions to advise Canada on addressing its housing price inflation.

The IMF report is a bit dated, given how the pandemic-driven shift to working from home has displaced the spatial equilibrium, but its review of what has been tried in other advanced economies is worth revisiting, especially since housing market fundamentals have not changed much since 2017.The IMF’s primary concern was not housing affordability, but the heightened vulnerability of the financial system resulting from growing household debt, the bulk of which in Canada is tied up in mortgages. But it identified historically low interest rates, strong population growth in large urban centres and abundant liquidity as enablers of market imbalances.

Other countries that have had similar experiences as Canada applied macro-prudential measures, including setting upper limits for loan-to-value ratios (LTV), debt-to-income ratios (DTI) and other fiscal policy measures, such as property taxes, stamp duties or land transfer taxes, and, of course, capital gains taxes.

For example, escalating housing prices in Australia and New Zealand up until 2016 were confined to large urban centres and a significant component was driven by private investors. Both countries tightened mortgage regulations to target high-risk (that is, high-LTV and high-DTI) mortgages and put new limits on interest-only mortgages.Australia and New Zealand also introduced regulations to restrict or limit housing purchases by non-residents by increasing transfer taxes or imposing restrictions on what types of properties foreigners might buy. Furthermore, New Zealand tightened existing capital gains tax measures to prevent property flipping.

In the United Kingdom, the government in 2012 tightened regulations to curb demand by implementing an affordability test, which required borrowers to demonstrate their ability to service mortgage debt at higher mortgage rates. Regulators also put limits on banks regarding the share of new high-risk mortgages. And the government in 2016 imposed higher transfer taxes on owners of multiple properties in an effort to assist first-time homebuyers.

Some of these measures, such as the stress test and limits on high-risk mortgages, were replicated in Canada in slightly modified versions.In Hong Kong, housing prices tripled from 2009 to 2017. As a result, the government raised the risk weight associated with new mortgages to encourage mortgage lending discipline and introduced similar measures to the U.K. to restrict high-LTI and high-DTI lending.

The IMF report only explored demand-busting measures, but it noted supply-side measures are “very important to reduce imbalances.”

Governments in Canada have finally realized that increasing housing supply is critical to improving housing affordability in Canada. Minister of Housing and Diversity and Inclusion Ahmed Hussen acknowledged “more supply is one of the solutions.” The Liberals will serve Canadians better if they realize that increasing the housing supply is not just one of the solutions, but the most critical missing piece of the housing puzzle.

Building more housing above and beyond the business-as-usual scenario must accompany measures directed at curbing housing demand. This is even more relevant for Canada because it has plans to admit over 400,000 immigrants each year.
So far, the Liberal government has allocated $4 billion for a Housing Accelerator Fund to construct 100,000 homes targeted at mid-income earners by 2025. Another $2.7 billion has been earmarked to refurbish existing or build new affordable dwellings. And $600 million is available to convert under-utilized office buildings into rental dwellings.
The government intends to transfer these funds to municipalities willing to increase housing supplies by reducing development approval times, allowing higher density in built-up areas, and building more dwellings near public transit infrastructure.Finding the right partners in local governments to deliver more housing by 2025 will be a challenge Liberals continue to face. But leaving decision-making in the hands of officials and representatives in the three tiers of government is unlikely to deliver more housing.

The dispersed mandate to approve new developments has not served Canada well. An overhaul of the development approval process is needed to consolidate decision-making for new housing development under one authority.