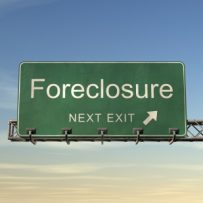 Canada needs to be better prepared to weather a housing crash that would leave taxpayers and mortgage insurers on the hook, according to a report.

The country should build a fund to cover taxpayer losses of as much as $9 billion, which the government could tap in case of mass defaults, according to a report from the C.D. Howe Institute scheduled for release Wednesday. The fund would build up reserves over 50 years through an additional charge on mortgage-insurance products, be overseen by the government and have a quasi-regulatory role.

The sole purpose of the agency would be to staunch the effects of a U.S.-style housing collapse. The fund could issue bonds secured by future fee premiums in case a crash occurs before sufficient reserves have been built up.

“These big events happen, they don’t happen very often, but they’re costly when they do,” James MacGee, one of the report authors and associate professor of economics at Western University, said by phone. “What we want to do is redesign the Canadian mortgage-insurance infrastructure.”

The report comes as Canada’s housing market remains in overdrive with Toronto home sales reaching a record for the third month in a row in June, according to figures released Tuesday, and transactions jumping 28 per cent in Vancouver in the same month over the prior year. Agencies from the International Monetary Fund to Fitch Ratings Inc. have raised concerns about soaring prices.

The government requires mortgages with less than 20 per cent down to be insured. There is C$1.2 trillion in residential mortgage credit held outstanding by banks and non-banks as of March, according to the Bank of Canada. CMHC is government-owned and its products are 100 per cent backstopped by the government in the case of a default, while Genworth and Canada Guaranty’s products are 90 per cent backed.

More than half of outstanding mortgage debt is now covered by federally backstopped insurance, the C.D. Howe report said.

The report also recommended that the fund would be able to increase or lower premiums to cool the market when needed.

“Instead of hitting people in the middle of a crisis with one really big bill, you say ‘look, we recognize this event can happen,’” MacGee said. “Let’s gradually smooth that over.”
Bloomberg.com