Canada lands ahead of US and UK in world prosperity ranking 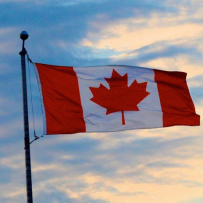 Canada is the fifth most prosperous country in the world, according to a recent survey that measures global prosperity.

Legatum Prosperity Index ranks 142 countries — accounting for 99 per cent of global GDP — based on how they perform in key economic and social areas, including health, education, entrepreneurship and freedom.

The world’s least prosperous countries were Yemen, Burundi, the Congo, Chad and the Central African Republic.

Overall, Australia ranked seventh, the United States came in tenth and the United Kingdom was thirteenth.

Here’s a snapshot of some of Legatum’s findings: