CANADA IS SPENDING $73 BILLION ON AFFORDABLE HOUSING, AND IT WILL PUSH PRICES HIGHER 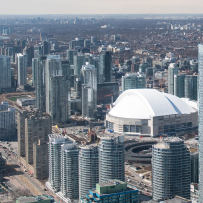 Canada’s massive multi-billion dollar program to create affordable housing will only have a “limited” impact. That’s the take from the non-partisan Parliamentary Budget Officer (PBO), tasked with explaining the numbers behind policies, to lawmakers. They found the federal program is billed as a “$70+ billion plan,” but failed to find a significant impact. In fact, in some cases they indicate it might be taking credit for existing supply in the pipeline. It’s actually generous to say it does nothing though. The plan creates an environment that actually attempts to drive home prices higher.

First, let’s start with the PBO’s breakdown of where the $73.4 billion in spending actually comes from:

That’s not all. according to the PBO. On top of that, new and existing loan authorities get $31.2 billion. Non-incremental provincial-territorial cost matching, also adds up to another $7.4 billion. Though they explain these commitments aren’t a budget issue for the Federal government. They are commitments undertaken by other taxpayer entities.

Let’s forget the dollar amount and look at the “affordable” supply creation right now. The biggest factor pitched is they’ll facilitate the creation of new supply. It’s largely done by construction loans to developers, who can now build with cheap debt. “… loans have a much more limited ability to induce the creation of units that would not otherwise have been created,” said the PBO.

Okay, so it doesn’t create homes. They must at least be subsidizing the units to make sure the rents are capped, right? “Some programs with less strict affordability criteria that allow market-rate housing to be funded, like the Rental Construction Financing Initiative, may also be supporting private market activity that would have occurred anyways, or may be crowding out private markets activity that would have otherwise occurred.”

More bluntly, the loans are given to developers that already have plans to finance a project. Existing projects likely planned to pay 5 to 10 percent interest on construction loans. Now the Fed comes along with a dump truck of money, and offers it a lower rate. They even forgive a part of the debt sometimes, because taxpayers are that generous. Sweet, right?

That existing project is now a part of the number of “homes created” by the program. This is similar to finding people that have enrolled in college, giving them money, and then saying you created more enrollment. It didn’t encourage anything, it just took credit for the existing progress being executed… and made it more profitable.

Some argue this de-risks a project, thus making the process more secure. One would have to ignore the biggest reason projects fail — weak demand. Canadian real estate has everything but issues with demand levels. It’s a plan that might work if real estate wasn’t profitable to build, but it is. This just messes with the mechanics of the natural home development cycle.

More importantly, it doesn’t add any additional supply — so it has no impact on prices. It really only makes projects more profitable. Not that I’m against developers improving profits. The exact opposite, actually. I hope it leads to huge profits, with bigger ad campaigns since I’d like to buy one of those new Ferraris. It just doesn’t create more affordable housing, and it needs to be pointed out. The plan plays on desperate people for votes.

That’s just one large and expensive boondoggle of a program. The rest of the program doesn’t do much either though. In the words of the PBO, the whole strategy has a “limited” impact on achieving affordability.

The agency forecasts housing needs will greatly expand under the current delivery. By 2025, they estimate state-assisted housing will grow to 1.8 million people in Canada. We’re now talking about 1 in 7 households unable to be housed without help from the government. The agency hilariously suggests the government needs to spend more to handle this. The idea of fixing market inefficiencies in Canada never occurs to anyone, apparently. Here’s why that’s bad.

Analyzing affordable housing and government debt in a vacuum ignores secondary impacts. Typically debt is borrowed to create a stronger economy. We know debt has negatives, but we trade those off for an improved quality today. In this case, significant debt is borrowed to execute a program with limited benefits.

First, let’s clarify something — I’m not against government spending on social services. I’m not saying the Fed should never spend money, or become a penny pincher. I’m saying it needs to have a positive impact, large enough to offset the negative impact created. With a limited positive impact, you’re only left with the negative one created. Let’s talk about how that drives the cost of housing higher.

You’re probably thinking, “what impact? Debt is cheap, so the government should borrow as much as possible,” right? That’s a common take from economists, that suggests governments should load up when it’s cheap. Except they neglect to discuss the mechanics of why it’s cheap, and its impact on the credit market.

Stimulative policy is used to create cheap debt, often involving balance sheet expansion. The central bank bids competitively against other market credit bidders. It’s essentially executing a kamikaze mission, to drive yields lower. Generally, the more money the Fed needs, the more a central bank has to buy to keep yields low. The goal is to crowd out market credit buyers, or have them accept yields much lower than inflation. They’re nailing crowding out the market too, since the central bank owned 40% of Federal debt back in April. Yay, we all get cheap debt — right? This definitely isn’t a free lunch.

This creates two distinct issues for housing affordability — credit expansion and yield chasing. Low interest rates expand the amount of debt a household carries. This is meant to incentivize purchasing and cause inflation to rise. Since lockdowns artificially lower inflation by restricting velocity, low inflation readings are junk. They don’t mean what they would in an environment with unrestricted free-flowing activity. When activity returns to normal levels, we’ll see what the true rate of inflation is.

For now, households are given money so cheap, mortgages have negative real rates. They gave households cheap money in an environment with a limited ability to use it. Few households are going to use cheap debt to create a new business with financed machinery during a pandemic. The only thing they can really do is buy a house, a car, or refinance existing debt. The program created significant demand for the first two. Actually, so much demand it was like the market had just crashed… without it crashing.

Giving home buyers access to cheap debt allows them to absorb higher home prices more easily. In hot markets, home prices adjusted to the most a marginal buyer can pay. This is why lower rates mean higher home prices —  you can now pay a higher rate if sellers ask for more.

The BoC has yet to publicly acknowledge this, but their new internal forecast model does. They call credit expansion increasing home prices a “recent” innovation. It’s been in real estate finance textbooks since dinosaurs roamed the earth, but whatever. The point is excess government debt > lower rates > higher home prices. But wait, there’s more!

Yield chasing is something we’ve talked about before, but we’ll go through it for new readers. If the government issues more debt than capital available, they drive up the cost of borrowing. That can drive the cost of borrowing credit higher for other users. To prevent that, the central bank begins to buy bonds to drive yields lower, as mentioned above. Economists think this is great, but never ponder what happens to the investors that were crowded out. They seek alternative assets, such as housing.

Investors like Blackrock and your local pension used to lend people money to buy homes. They would collect the interest paid to mortgages to satisfy fixed income yields. Everyone was happy until the Great Recession crushed yields, and they had to seek returns elsewhere. Luck would have it, the government will do anything to protect real estate. They’re also expanding the credit people can secure to provide liquidity later? Higher asset prices, rental yield, and a government protecting your asset value? It’s a layup as long as most people never understand the relationship.

Policymakers use narrow focused-benchmarks to measure their progress. This results in meaningless metrics, like the number of homes created by a program… without the need to assess how many would be created without it. They tend to ignore how financing with non-market debt impacts market borrowers. Either the government isn’t smart enough to understand the spillover effect they’re producing, or they know what they’re doing and hope you’re not smart enough to understand it. I have a hard time believing it’s the former, since most of these programs were launched by a guy from the pension industry. Feel free to believe it if it makes you feel better though.

Intentional manipulation of markets tends to produce a misalignment of interests. Developers build housing to sell when it’s more profitable. They build housing to rent when it’s more profitable. When the government preserves home prices by driving rates lower, they slant an incentive to create homes to sell. They’ve been doing this since the 90s, which is why few people build market rentals these days.

By stimulating market-priced rental creation when it doesn’t financially make sense, they incentivize inefficient housing costs. When they use subsidies to stimulate both, they make housing that doesn’t fit any market need. If the government is going to borrow money for housing, stick to shelters and social housing. The rest is destroying the general market, and encouraging speculation with a necessity.