Canada expected to have second-fastest growth among G7 economies for 2017-18: IMF 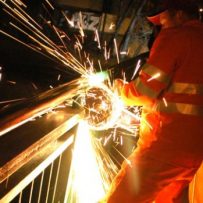 WASHINGTON, Wash. – The International Monetary Fund says uncertainty surrounding the incoming Donald Trump administration in the United States is making it difficult to forecast how the global economy will perform this year.

Canada is expected to have the second-fastest growth among the G7, ahead of the four European members and Japan.

Its latest outlook for advanced economies as a whole has improved for the 2017-18 period, compared with its October estimates, due to somewhat stronger activity in the second half of 2016 and projected U.S. government stimulus.

But the IMF’s estimates for several large developing economies has been revised lower — notably India, Brazil and Mexico.