CANADA ADDS MOST NEW RESIDENTS IN YEARS AS RESTRICTIONS EASE 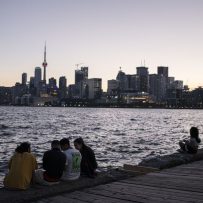 Canada welcomed the largest number of newcomers in years in July amid an improving Covid-19 backdrop, which allowed the government to begin easing travel restrictions for new arrivals.

Canada has granted permanent residency to 184,205 people in the first seven months of the year, putting the government 46% of the way to its target.

“These are significant strides towards Canada’s goal of welcoming 401,000 new permanent residents in 2021,” Immigration Minister Marco Mendicino said by email. “The increasing pace of the last two months means we’re well on track to meet this goal, and welcome the largest number of immigrants in Canadian history.”

At the end of June, the government began allowing immigrants who received a “confirmation of permanent residence” to land in the country, something that was restricted since March 2020 because of the onset of the pandemic. The loosening of travel restrictions, along with the government’s emphasis on converting more temporary residents like students and foreign workers to permanent status, should help boost immigration numbers in the second half of the year.

The majority of the permanent residents admitted in July were those who were already temporarily living in the country, the government said.

Last year, Mendicino raised the country’s target for permanent residents to make up for the shortfall experienced in 2020 due to lockdowns and closed borders.