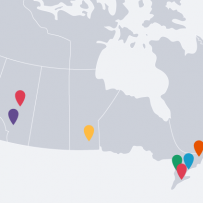 Toronto is still by far the most active market for new residential construction in Canada, but Calgary is rising quickly.

At the end of Q3 2014, the Alberta boomtown had a total of 31,164 homes under construction in its metropolitan area (CMA), up 5.86 per cent from the second quarter. The jump in construction was enough to overtake Montreal and land in the number two spot on BuzzBuzzHome’s Q3 report on Canada’s Top Ten Residential Construction Markets.

At 77.1 per cent, low-rise homes still make up the majority of homes under construction in Calgary, but there is a clear drive for density, with high-rise construction increasing by 9.7 per cent over the second quarter.

The city that saw one of the most significant leaps in construction activity was Kitchener-Waterloo. The Ontario tech hub witnessed a 19.61 per cent increase in total homes under construction in the third quarter. Both the low-rise and high-rise segments saw big gains. 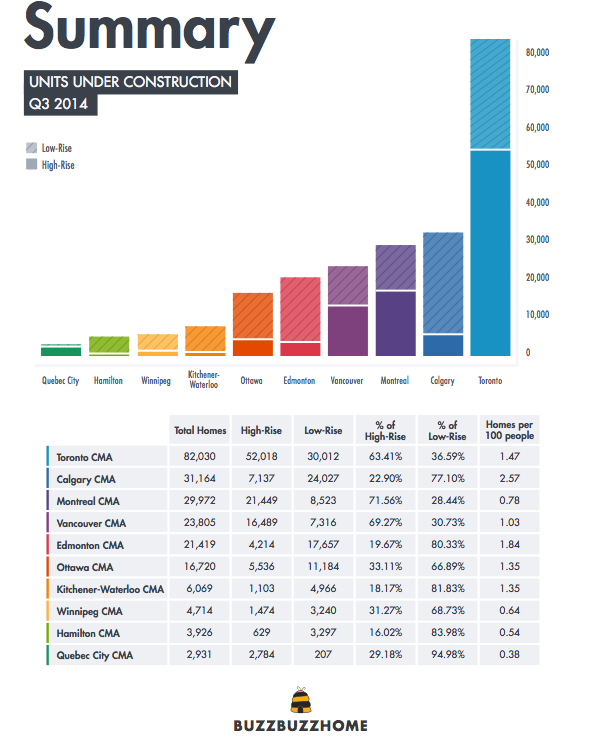 Please note that data was gathered from BuzzBuzzHome’s Market Snapshot at the end of the third quarter 2014. Because the data is updated on the site in real time, not all numbers will match on the current Market Snapshot view.