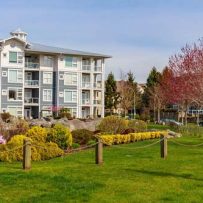 Apartments and multi-unit housing were the most in-demand asset classes in Calgary last month, according to the city’s real estate board.

The relative affordability of these property types was a major motivator of this trend, CREB chief economist Ann-Marie Lurie stated.

Overall home sales transactions went up by 6% annually, up to 2,059 completed deals. The month also posted a 9% decline in new listings.

However, while August was the second straight month of sales growth, this was still considerably lower than the 10-year average.

“I think we’re roughly about 18% below our longer-term averages,” Lurie added. “Sales activity hasn’t exactly picked up to the level that we’ve seen really pre-recession, by any means. It still is reflecting a slower demand environment. But at least we’re starting to see the supply adjustment occurring relative to that demand.”

Earlier last month, Lurie predicted that the city will most likely benefit from sustained housing performance for the rest of 2019.

“Supply continues to adjust in the resale market, but also in the new-home and rental markets. Reductions in housing supply are expected to move the resale market toward more balanced conditions and support price stability by the end of the year.”