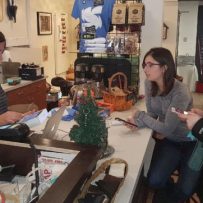 It’s not real money, but you can spend it like real money.

Calgary is breaking new financial territory in Canada, becoming the first city to have its own local, digital currency.

“A complementary currency has lots of benefits, from saving your federal dollars, to making connections in your community, to shopping at and supporting local businesses,” said Wheatley.

Unlike cryptocurrencies such as Bitcoin or Ethereum, Calgary Dollars aren’t bought or cashed out. Users can earn Calgary Dollars by posting ads for goods or services they would like to sell, trade or barter for on the website or through the smartphone app. One ad earns $5. Taking surveys and referring new users are other ways to earn Calgary Dollars. 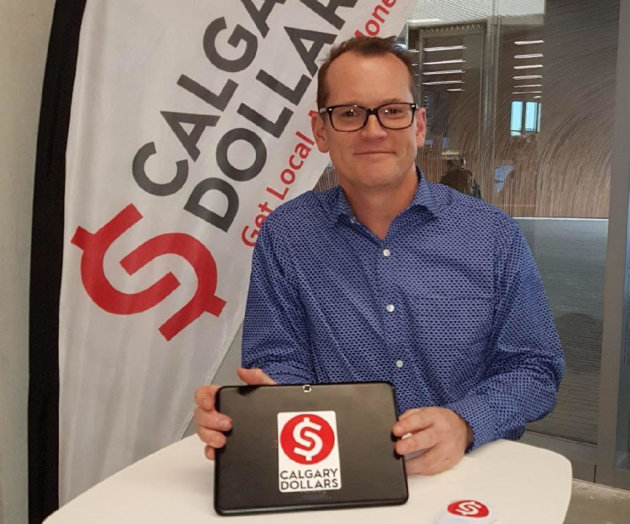 Calgary Dollars have been around since 1996, and citizens and businesses have offered goods and services in either straight or partial exchange for the local currency. Users are required to accept at least 10 per cent payment in Calgary Dollars, but can accept up to 100 per cent if they want. Calgary Dollars are accepted on par with federal currency.

What’s new, however, is that Calgary Dollars now has it own dedicated app, allowing users to store currency on their devices.

Pat Guyn, owner of local grocery store Sunnyside Market, has been accepting up to 20 per cent Calgary Dollars on grocery purchases for many years.

“Not a lot of people use Calgary Dollars at the moment, but I think the new digital platform could really help it take off again,” he told HuffPost Canada, adding that more people used the currency several years ago, but now it only makes up a small percentage of transactions.

Sunnyside Market takes its Calgary Dollars and funnels them back into the system, donating to the Calgary Dollars’ Take Action Grants, which help fund community gardens and food forests, art projects and films, and social justice activism “that might make life easier for some Calgarians,” said Guyn.

The market has also used the currency to pay for their compost pick-up and the printing of marketing materials. Staff can opt to take a portion of their salary in Calgary Dollars, too.

“It’s a great way to keep money within the local economy and to encourage people to shop locally and barter within their communities,” Guyn said.

The program is backed by the City of Calgary, and allows a fixed number of transit tickets to be bought using Calgary Dollars, or up to 50 per cent of the cost of a base business licence.

Chris Frei, an associate professor in the Department of Mathematical and Statistical Sciences at the University of Alberta, believes Canadians could see an increase in local currencies as technology evolves.

“There’s an aspect of convenience, having a digital currency in your pocket and being able to see which businesses are accepting that currency and what other people have to trade, barter, or offer.”

Frei said local currencies, while not extremely popular in Canada at the moment, offer businesses another way to connect and build trust with their customers.

Wheatley said building that trust is what Calgary Dollars strives to do. More than 350 individuals and businesses now accept the currency, and people can buy and barter everything from language lessons and house cleaning, to storage rentals or a cup of coffee.

“It really has the potential to connect likeminded people and to help them save a bit of their federal currency,” he said, stressing that the platform offers an entry point for entrepreneurs and artists who want to promote their products locally. 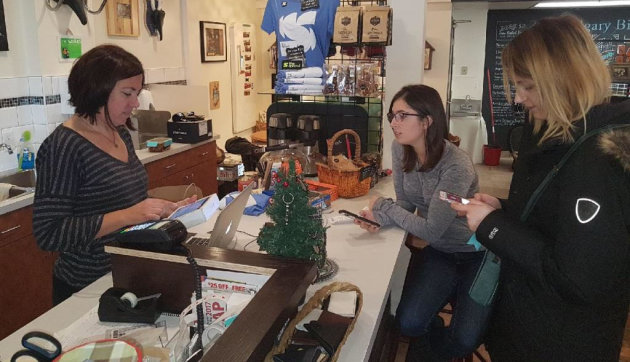 Alfred Lehar, a finance professor at the University of Calgary, said programs like Calgary Dollars offer users the ability to shop, barter, and trade with a clear conscience, especially for those rethinking their big-box shopping, or wanting buy locally and purchase gently used items.

“When you can bring together local vendors and local people, it really creates this shared common interest. It helps highlight local, small shops that offer unique goods and services, and brings awareness to the local community and the local economy.”

Lehar said, however, that while local currencies have lots of benefits on a small scale, there are limits to what people can — and should — use them for.

“Local currencies are not something you want to use exclusively or put your life savings into…they shouldn’t replace federal currency, or people could find themselves with no real money.”