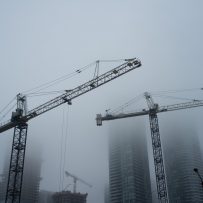 Quebec and Ontario posted the largest decreases in permits, although permit value was down in six provinces.

Here are a few highlights from Stats Canada’s permit breakdown of the residential sector:

In the non-residential sector: