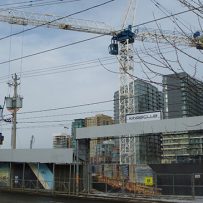 Urbancorp has quietly cancelled its Kingsclub condo complex on King St. W. and plans to build three towers of rental apartments instead.

It is the second downtown condo project in just the last few weeks to suddenly convert to rental apartments instead, leaving more than a hundred buyers of preconstruction units out in the cold.

The two back-to-back conversions are being seen as a sign that developers are growing fearful that condo interest is waning in Toronto, at the same time that rental demand shows no signs of letting up.

In Urbancorp’s case, however, purchasers put down deposits for the first tower of well-priced one- and two-bedroom condos more than three years ago. Some 181 buyers are only now being alerted that the 639-suite condo complex — still a busy construction pit on King St. W. just north of Liberty Village — is being abandoned.

Urbancorp did not return phone calls and emails from the Star, but has been telling buyers that it couldn’t get construction financing. 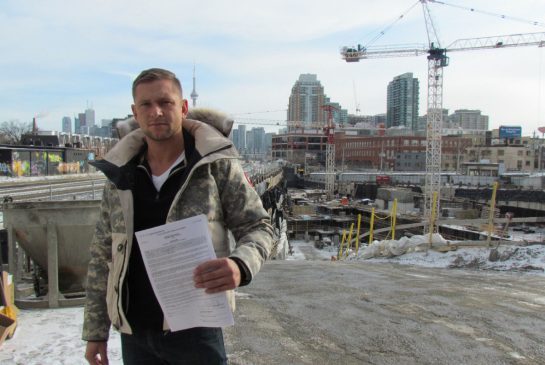 He knew the project was far behind schedule — it was originally slated for May, 2015 occupancy and the foundation has yet to be finished — but he’d heard no rumblings of a shutdown.

Some 181 of the first 293 units sold relatively quickly, but Urbancorp had apparently registered no more sales since late 2012.

Just before Christmas, the 49-storey, 441-unit downtown condo and townhouse project, The Selby, was also converted to a rental project. No sales had actually been finalized.

The Bloor and Sherbourne Sts. project, which incorporates the historic Gooderham Mansion, has reportedly been bought by an institutional investor.

In that case, however, pre-construction sales had just been going less than a month before the decision was made to convert to rental. The developers of that project also could not be reached for comment.

These two cancellations are “a warning to all pre-construction condo buyers out there that this can happen and to read your contracts carefully,” said realtor Andrew la Fleur.

But it’s also a sign that developers are starting to see the longer-term gains and profits to be made from rental, said la Fleur, who specializes in selling pre-construction condos to investors who rent them out.

“While this is a matter of buyer beware, it’s also a good sign for the market. It means that big money (deep-pocketed developers and institutional lenders) have confidence in the Toronto condo market and are seeing what pre-construction buyers have been seeing for years, that this (owning and renting condos) is a good way to make a return.”

Both projects are still expected to be registered as condominiums. That provides tax benefits and the long-term ability for the owners to still sell the units off as condos if the market changes, says Shaun Hildebrand, vice president of condo research firm Urbanation. 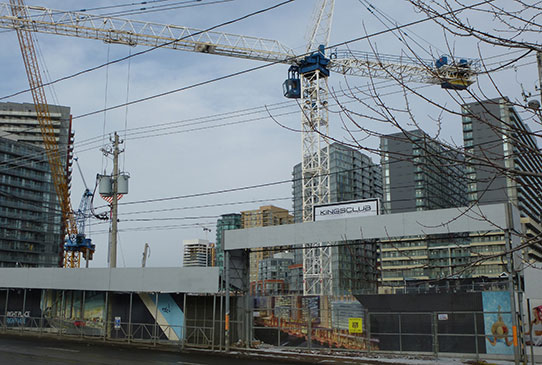 Urbancorp has cancelled its Kingsclub condo complex on King St. W., opting to build three towers of rental apartments instead.

But just last fall, Urbanation did a study comparing rental rates in newer purpose-built apartment buildings — built between 2006 and 2013 — and rental condos. Incredibly, they found people were willing to pay a premium for a professionally managed rental apartment building with long-term security of tenure.

Under the terms of a mutual release and termination agreement that Urbancorp sent to condo buyer Wilk this week, he’ll be repaid $41,085. that’s just $1,085 for three years of interest on his $40,000 deposit.

Another buyer, who spoke on condition his name not be used, said he is owed $100,000 for deposits on two units, one of which he was anxious to make his new home.

He’s been told that, under Ontario condominium law, he’s entitled to three years of interest at the Bank of Canada overnight rate — now down to three-quarters of a percent — minus 2 per cent.

He’s considering legal action. But condo law expert Denise Lash says purchase agreements usually contain clauses that allow a developer to abandon a project if they don’t make the sales needed — usually 70 to 80 per cent of the units — to qualify for construction financing.

Kingsclub buyers have been told they can purchase what’s left in the Epic or Edge projects nearby. But Wilk figures those are going to cost him far more than the $265,000 he paid back in 2011 for his 580-square-foot unit.

“I’ve basically given Urbancorp an interest-free loan for the last three years,” said a frustrated Wilk. “I would have done better if the money was in the bank.”

Correction — January 28, 2015: A previous version of this article incorrectly stated that hundreds of buyers of preconstruction units were left out in the cold; 181 buyers were affected. The article also stated that money had been taken and refunded to buyers at The Selby. The Selby was launched as a condo project but did not finalize a sale before converting to apartments.