BUDGET 2019 INCLUDES $10B OF NEW MONEY FOR RENTAL SUPPLY 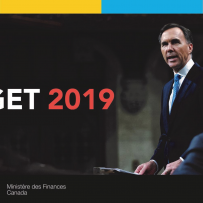 In Budget 2019, tabled on March 19, the federal government announced an expansion of the Rental Construction Financing Initiative (“RCFI”) from $4B to $14B, over the remaining 9 year life of the National Housing Strategy (“NHS’). In a Budget clearly meant to address the issues of Millennials, the federal government has recognized the importance of increasing rental supply at close to new market rents.

Another NHS program, the National Housing Co-Investment Fund (“NHCF”), demands affordability compared to median market rents (of existing rental units) in the community, but the RCFI requires some affordability for some units in comparison to the rents which can be charged for the new rental product being built (which can be twice as high). The RCFI also provides much more benefit for private rental developers than NHCF, since RCFI may well avoid the need for construction financing, as well as providing a reduced interest rate for many years.

For several years, CFAA and our members associations have been advocating measures to facilitate new rental supply in markets with high demand, such as Toronto and Vancouver. CFAA had substantial influence in the creation of the NHS, and we did not stop after the NHS was originally announced in November 2017. CFAA members told CFAA that NHCF did not work for the private sector, while the RCFI was much more likely to bring out more new private rental supply. CFAA told the government, and the government listened.

In another move meant to address the issues of Millennials, the government announced the creation of a First-Time Home Buyer Incentive. At an estimated cost of $1.25B over three years, the Incentive will be a shared equity mortgage (SEM). Qualified buyers of new homes will be able to provide the standard 5 per cent down payment, and then take a CMHC insured mortgage for 85 per cent of the house price (rather than 95 per cent). The remaining 10 per cent will be covered by the SEM to be provided by CMHC, which does not need to be repaid during the mortgage term. (For resale homes, the incentive is limited to 5 per cent.) On a typical mortgage, the decrease in the monthly payment would be about 11.5 per cent on a new home and 6 per cent on a resale home.

To qualify, household income will need to be less than $120,000 per year. As a result, the purchase price of the dwelling would be capped at or below $600,000 depending on the income and the amount of the downpayment.

The use of the term shared equity mortgage suggests that CMHC will share in the change in the value of the dwelling, either at sale or when the main mortgage is renewed. One would hope that CMHC’s share would be the same as the share of the SEM in the value of the dwelling, namely 10 per cent, but some other SEMs have provided for a higher share of the appreciation for the SEM lender.

In addition, it is unclear whether or how CMHC will share in the risk of a decrease in the value of the dwelling. If CMHC shares in that risk, then it will be assuming risk even though the government had been trying to reduce CMHC’s risk in its lending. The details are to follow.

In Budget 2019, the government also announced changes to the Guaranteed Income Supplement so low-income seniors can retain more of their GIS payments if they return to the work force. In a modest way, that will assist a good number of renters to afford their rents.

Missing from the Budget was any meaningful change to the tax treatment of rental income or rental construction. CFAA continues to seek improvement in that area.