BMO: Alberta economy ‘well above’ the rest of Canada, leads all provinces in growth 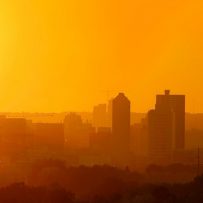 Alberta’s economy is strong, and sits well above the rest of Canada. That assessment comes from a new BMO report which notes Alberta is the only province in the country where economic growth is projected to rise above three per cent.

“Real GDP is expected to grow 3.5 per cent this year — or 1.2 points above the national average — with expected growth topping three per cent again in 2015,” said senior BMO economist Robert Kavcic.

Meanwhile, employment growth in Alberta is running at four per cent year-over-year while the rest of the country is seeing “next to no growth on balance.” 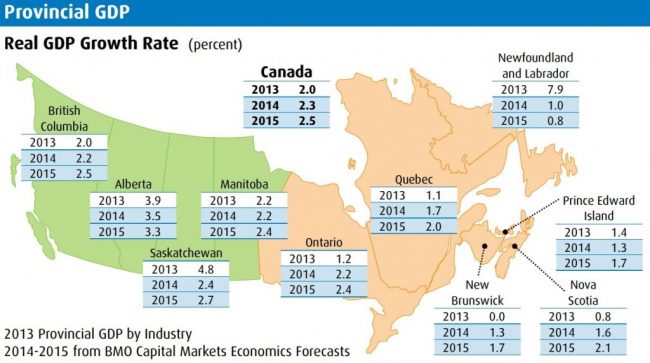 “The province’s healthy labour market continues to draw a significant number of migrants from other parts of the country. As a result, Alberta’s population growth surged 3.5 per cent year-over-year, which is the fastest in more than 30 years,” Kavcic said.

Good news for the housing market

These favourable economic and demographic fundamentals have created a tightened housing market which could be decoupling from the rest of Canada, BMO says in its report.

“With any supply overhang from the pre-recession building boom all but absorbed and continued population growth, we expect the construction sector to experience a period of growth in the year ahead,” Kavcic said.

This supports an earlier BMO report from March that said, barring a sudden drop in oil markets, home prices and construction will continue to climb in Alberta throughout 2014.

Growth in British Columbia is “sturdy” and in line with the national average, BMO says. Real GDP is expected to grow 2.2 per cent this year and 2.5 per cent in 2015, tracking the broader Canadian economy.

BC’s return to national average growth rates is due in part to a softer housing market, which, according to Kavcic, has balanced out after a post-mortgage rule change, particularly in Vancouver, where existing home sales are running close to the 10-year average and prices have stabilized.

“Still, valuations remain elevated by historical and major-city standards after accounting for incomes and mortgage rates,” stated Kavcic in the report.

Economic growth is expected to pick up in Ontario, receiving a boost from stronger US demand and a weaker Canadian dollar. BMO says the real GDP should expand 2.2 per cent this year, up from 1.2 per cent in 2013, and pick up further to 2.4 per cent in 2014.

The report also found that Ontario’s housing market continues to hold up well, especially in Toronto where “the resale market remains balanced and valuations are within historical ranges.”

Exports and manufacturing have been a drag on growth across Quebec, but momentum appears to be turning around, BMO says. The economy is expected to pick up this year to 1.7 per cent, up from 1.1 per cent growth in 2013.

The full report, which examines each province individually, can be downloaded as a PDF here.