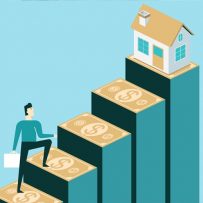 A new report on Canada’s rental market argues for a new policy approach in favour of building new rental supply. Learn what this means for Canada’s biggest cities.

Canada’s largest cities have a rental housing deficit. Strong demand has pushed rental vacancy rates to historically low levels and rents are now reaching uncomfortable highs. In the coming years, rental demand is only set to go up—way up in the case of Toronto and Vancouver, where high home prices have crushed some home-ownership dreams.

If big cities have any hope of tackling affordability issues, rental supply must increase significantly. There are reasons to be optimistic about Montreal and Vancouver, where strong apartment and condo construction will send a wave of new rental units to market. Calgary, meanwhile, has breathing room thanks to elevated rental vacancies. But Toronto is a different story. Despite purpose-built apartment construction rising four-fold since 2014, rental supply is unlikely to come close to demand in the coming years. A deliberate policy to boost rental supply is needed—with specific targets and incentives to achieve them.

Because rental housing is the most likely to fit household budgets, it plays a critical role in addressing housing affordability. But as anyone searching for a rental unit knows, there are too few available, and they’re getting more expensive. We estimate that, as of late 2018, the Toronto market had a deficit of 9,100 rental units. The deficits in Montreal and Vancouver were 6,800 units and 3,800 units, respectively. Calgary carried a small surplus of 300 units. These estimates represent the number of rental units (both purpose-built and condos rented out) required to balance the rental market.

The market is deemed to be at equilibrium when the vacancy rate is three percent (more on this below). Across much of Canada, strong rental demand has pushed vacancy rates well below that level. That’s especially the case in Vancouver and Toronto, where they have fallen below one percent. As a result, average rent for a two-bedroom apartment increased 6.3 percent in Vancouver and 4.5 percent in Toronto last year, far exceeding local inflation. Average rent for a condo grew even faster in Vancouver (up 8.5 percent). There’s some tightness in Montreal’s rental market too (with a vacancy rate of 1.9 percent) but the situation isn’t as acute. Average rent is climbing slightly above the rate of inflation at rates between 2.4 percent (for condos) and 3.5 percent (two-bedroom apartments). In Calgary, where the market is still recovering from the 2015-2016 downturn in Alberta’s economy, there are plenty of vacant rental apartments. Average rent is now rising slightly after falling in 2016 and 2017.

Eliminating rental housing deficits in Vancouver and Toronto won’t be easy because demand is poised to grow rapidly, fueled by strong in-migration and an increasing proportion of renter households. Due to the high cost of owning, we project the number of renter-households will increase by an average of 22,200 per year in Toronto and 9,400 in Vancouver over the medium term. That’s based on household growth staying near recent levels and home-ownership rates continuing to fall. Montreal’s case is a little different because we expect the ownership rate to rise—Montreal’s low ownership rate has been slowly catching up with that in other cities over the past few decades. Nonetheless, we still project solid renter-household increases in the coming years (8,200 per year on average).

Will new rental supply be sufficient to fill the gaps?

To restore equilibrium over, say, a two-year time frame, we estimate Toronto’s rental stock must expand by 53,500 new rental units (the size of the deficit plus two years’ worth of demand growth) or an average of 26,800 units per year. The equivalent annual number is 11,600 in Montreal, 11,300 in Vancouver and 4,150 in Calgary. Now here’s the rental supply reality: despite mounting developer interest in rental apartment projects and heavy investor involvement in the new-condo market, the number of new rental units making their way to the rental universe falls way short of what’s needed in Toronto. The pace has to at least double. Current levels of new rental supply in Vancouver, Calgary and Montreal, on the other hand, look closer to the mark. Strong construction activity puts Vancouver and Montreal on track to close their gaps within a couple years.

In the Toronto area, purpose-built rental apartment completions surged over the past 12 months to a quarter-century high of 4,300 units. That’s good news, but constitutes less than 20 percent of the required increase in the rental stock. An additional 7,900 rental units potentially came from newly completed condos (based on 50 percent of those units being put in the rental pool by investors). Yet this still left total newly built units representing less than half of the rental stock expansion needed. It’s unlikely this rate will rise materially in the near term. The 6,600 rental apartments and 53,600 condo units under construction in the Toronto area form just 15 months’ worth of rental supply (if half of those condos end up in the rental pool). Something closer to 24 months is needed to close the gap within two years.

Other sources of rental units will help reduce the gap. The provincial and local governments in recent years eased some regulatory restrictions, which should boost the number of secondary suites (e.g. basement apartments and lane way housing). Condo investors could potentially add more rental units by buying into the existing condo market. However, it’s improbable these alternative sources can deliver the high numbers (perhaps up to 15,000 units per year) necessary to balance the Toronto rental market. Bottom line: shortages are bound to persist near term. Rental apartment construction must rise (and soon) to bring lasting relief.

Balance in sight in Vancouver

Strong apartment construction (both purpose-built rentals and condos) bodes well for achieving balance in Vancouver’s rental market within a couple of years. We see plenty of room for new supply to rise so long as a large proportion (at least 40 percent) of newly completed condos makes its way into the rental pool. A resurgence of purpose-built rental apartment projects in the past three years has been encouraging. This set off a wave of new supply now coming to market, which should eventually stabilize rent. Whether this will bring real relief to families remains to be seen. Vancouver’s rental stock is the least ‘family-friendly’ among Canada’s largest markets. Just over a quarter of purpose-built rental apartments and townhouses have two or more bedrooms, compared to half in Calgary and Toronto, and twothirds in Montreal. To help families, new rental supply must offer more options configured to suit their needs.

An even bigger rental apartment building boom has been taking place in Montreal. Completions are ramping up significantly, reaching a decades-high of 11,500 units in the 12 months ending July 2019. That pace is almost spot on the 11,600 units needed to close the rental gap in the area, though it’s unlikely to be sustained in the period ahead with a total 15,000 units at various stages of construction. New condos will fill most of any remaining gap despite condo investors playing a lesser role in Montreal than in other major Canadian cities. More balanced market conditions will temper rent increases.

We expect solid rental demand growth and low construction levels to transform Calgary’s modest rental apartment surplus into a small deficit. This will gradually raise pressure on rent— but not excessively so.

Average rent is unaffordable? Shoot for a higher vacancy rate

The right level (and mix) of rental supply is crucial to stabilize rent. Historically across Canada’s top 14 urban markets, a rental vacancy rate of slightly more than three percent has been accompanied, on average, by zero real rent increases—that is, nominal rent rising at the rate of inflation. The heat on rent intensifies significantly the closer the vacancy rate gets to one percent (and even more so when the rate falls below one percent) as is currently the case in Vancouver and Toronto. Notably, real rent generally declines when the vacancy rate climbs above three percent. So housing policy that ultimately raises a market’s vacancy rate to, say, something closer to four percent has a good chance of generating meaningful rent relief. In fact, we believe that it would be a far more effective policy than rent control—which only helps existing tenants and discourages new rental supply.

A deliberate policy to boost rental supply is needed in Toronto

The Ontario government’s More Housing, More Choice housing plan unveiled in June 2019—which promises to cut red tape to speed up construction approval, make development costs more predictable for developers and ease the building of different types of housing, including rental units—is a step in the right direction. But to really make things happen, the policy scale must be tipped in favour of building new rental supply (of both below– and at-market rent units). This could mean sweetening existing rental-housing construction funding programs or offering new incentives (e.g. development charge rebates) to project developers. The inducement’s size could be tied to specific policy objectives (e.g. building up the stock of below-market rent units and family-friendly apartments) being met. This would go beyond what the Toronto area will get out of the National Housing Strategy (a federal $55- billion program over 10 years), which focuses on housing for vulnerable Canadians.The Toronto region should consider emulating the City of Vancouver’s high-profile 10-year housing strategy that sets specific supply targets and provides annual progress reports.

In addition to fostering new construction, policymakers would also do well to regulate short-term rental activity (e.g. Airbnb). The focus should be on commercial operators running entire housing units as hotels in order to control—or even reverse—the loss of longer-term rental apartments. It‘s time for a deliberate policy to grow the rental stock in the Toronto area.

The material contained in this report is the property of Royal Bank of Canada and may not be reproduced in any way, in whole or in part, without express authorization of the copyright holder in writing. The statements and statistics contained herein have been prepared by RBC Economics Research based on information from sources considered to be reliable. We make no representation or warranty, express or implied, as to its accuracy or completeness. This publication is for the information of investors and business persons and does not constitute an offer to sell or a solicitation to buy securities.