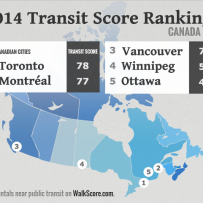 Proximity to attractions is amongst tenant’s top priorities when searching for a new apartment. In fact, at times, these descriptions take a focal point in rental marketing.

Ever wonder how your city or more specifically your neighbourhood fairs against neighbouring towns/districts?

WalkScore has calculated the Transit Score of 38 Canadian cities and almost 1,000 neighborhoods to highlight those with better commute and more transportation choices. 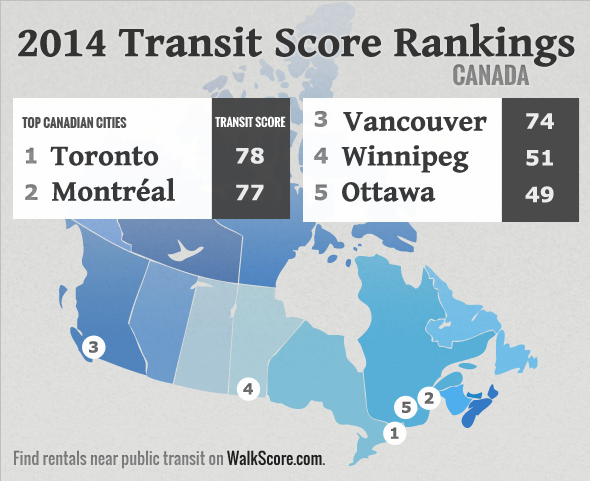 Here is our Transit Score ranking of Canadian cities with more than 500,000 residents:

The rankings are based on our Transit Score algorithm, which measures how well a location is served by public transit. Addresses with a Transit Score of 90-100 are considered a “Rider’s Paradise.” Places with a score of 70–89 have Excellent Transit. Scores of 50–69 indicate places with Good Transit and ratings of 49 or lower indicate areas with Some or Minimal Transit options. Read the Transit Score methodology.