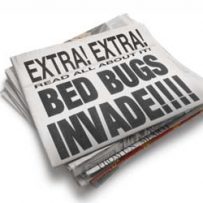 If you’re to believe news coverage over the past few years, the bed bug epidemic has reached new heights. Is this really the case, or is the media sensationalizing people’s worst fears about bed bugs? News coverage of unfortunate bed bug incidents has resulted in the blacklisting of hotels, stores, and even cities that travellers fear are hotbeds for bed bug activity.

Is all this hype blowing the ‘bed bug epidemic’ out of proportion?

In a word: yes. While there’s certainly no doubt that bed bugs are a legitimate concern for travellers and homeowners alike, there’s no reason to press pause on travel plans, or take extreme precautions that disrupt your daily life. While no one wants to be bitten by bed bugs, simply paying attention and noting what you’re bringing into your home should help keep bed bugs away. Even if you do find yourself with bed bugs in your home, bed bugs are not life-threatening, and can be treated and exterminated safely.

A Little History on the Bed Bug Epidemic 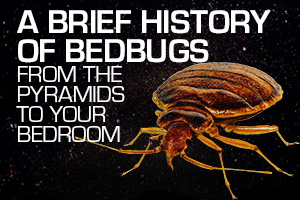 Bed bugs are far from a new pest. They’ve been cohabiting with humans for thousands of years. In fact, prior to the 20th century, bed bug infestations were as common or more common than they are today.

It’s only been in the past 70 years that we’ve managed to get a hold of chemicals and other bed bug treatments that effectively eliminate the pesky critters. In the 1950s the invention of DDT virtually exterminated them. However, since the ban on the harmful chemical in the 1970s, bed bugs have been making a slow resurgence. Today we have many comparable chemicals that eliminate bed bugs. However bed bugs are extremely resilient and adaptable, making them one of the toughest household pests to permanently eliminate, because they quickly develop immunity to chemicals.

For a little more info about bed bug history read our three part series on the history of bed bugs (Below).

What Can You Do to Avoid Bed Bugs? 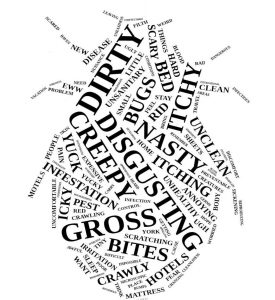 Simply be cautious. If you’re travelling, take precautions to ensure your travels are safe and bed bug free. Inspect your hotel room upon arrival, and your luggage before you leave. Being vigilant and paying attention to your surroundings might be all it takes to avoid a bed bug infestation and unnecessary hassle! At home, avoiding or carefully checking things such as secondhand clothes and furniture will also help protect you from a bed bug infestation.

Even if bed bugs do make their way into your home, don’t panic. There are bed bug treatments available to eliminate bed bugs quickly and safely, especially if you catch the problem in the early stages. A professional, licensed bed bug exterminator will explain how they’re treating your home and ensure that the bed bugs are gone for good.

Believe it or not, fossilized evidence of bed bugs dates back as far as 3500 years ago, though the first written mentions appear around 400BC. Though bed bugs have always been considered pests, they were once believed to have medicinal properties such as healing snakebites and removing leeches. (For the record, they do neither.)

So how did we come to be so bothered by the little critters? It’s believed that humans came into contact with bed bugs when we first inhabited caves. Bed bugs, whose host of choice had been bats, shifted to target humans because the lack of fur made them easy to access. Since then, bed bugs have followed us wherever we go and we’ve come up with dozens of bed bug treatments to counteract their invasions.

They became more predominant when people started building cities and creating permanent homes. Prior to that, nomadic hunter-gatherer tendencies made humans a sporadic source of feeding for bed bugs.

By the 16th century, bed bug infestations had become a significant problem in Europe, especially poorer neighbourhoods where people could not afford the cost of servants to vigorously clean away any traces of bed bugs. From there, bed bug infestations quickly spread to North America as European settlers began travelling west, bringing the pests with them.

The problem was amplified with the invention of central heating. Bed bugs are naturally attracted to heat – it’s how they locate hosts – so heated dwellings were an obvious target. The desperation for bed bug treatments increased.

By the early 1940s, it was estimated that as many as one in three homes were affected by bed bug infestations. It was a significant, community-wide problem. Theatres, buses, trains and virtually all public spaces were transfer grounds. Even war trenches and submarines were the target of rampant bed bug infestations.

Getting rid of bed bugs, however, was no simple matter. Over the centuries, dozens of methods of getting rid of bed bugs were proposed. Everything from smoking them out, to using the toxic fumes, to applying boiling water, to the application of black pepper, turpentine, mint, tobacco, eucalyptus, henna and even cannabis have been suggested with various degrees of efficacy.

It wasn’t until the chemical DDT hit the market in the mid-40s that the war against bed bugs started to gain ground.

To read about the downfall of bed bugs in the second half of the 20th century, look out for part two of this series.

In the meantime, if you’re concerned that you may have bed bugs in your home, book an inspection with us. Thanks to the trial and error of centuries gone by, we have proven methods that work to effectively get rid of bed bugs. 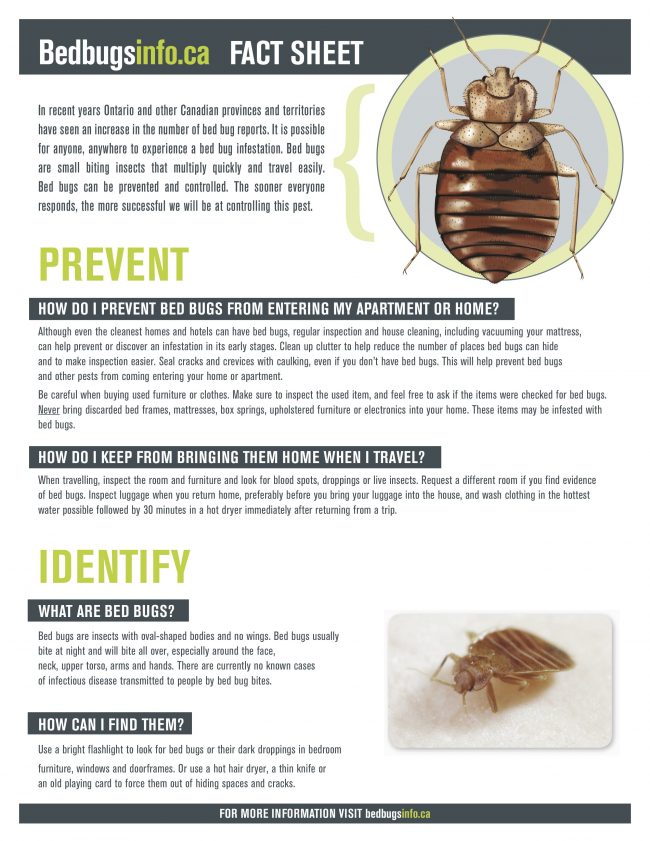 With the invention of DDT, killing bed bugs became much simpler than it had ever been before. Prior to the discovery of the noxious chemical, hundreds of treatments were tried, with a fraction of the effectiveness.

Although DDT was originally synthesized in 1874 by a German student, it wasn’t recognized for its insecticidal properties until the 1930s. In fact, Swiss scientist Paul Müller won a Nobel prize (in 1948) for his contributions to discovering its many uses as a pesticide, which goes to show how big of a problem bed bug extermination was.

The success of DDT killing bed bugs was phenomenal. A single spraying would not only kill bed bugs and their eggs, but also protect against future infestations. Some people reported its effectiveness lasting for years beyond a single application. It was inexpensive and could be applied by anyone, even non-trained professionals. It was so potent it quickly became the gold standard of bed bug treatments.

Within years of DDT hitting the market, bed bugs were virtually eliminated. While bed bugs did develop some immunity, the chemical was too powerful for them to overcome. DDT, coupled with heightened awareness of the problem and slum clearance programs, dramatically aided in nearly total bed bug extermination.

It wasn’t until the 1970s and 80s that people began to respond to the negative impact DDT was having on the environment and human health. DDT was linked to multiple human deaths and is widely known to cause “egg thinning” – preventing eggshells of birds and reptiles to reach the thickness they need to survive – which wreaked havoc on ecosystems. During the 70s and 80s, many countries around the world banned the use of DDT, and subsequently, bed bug extermination became a lot more difficult.

Since the 80s, bed bugs have been experiencing a resurgence, due to the lack of chemicals that match the efficacy of DDT. That isn’t to say that bed bug extermination isn’t possible, merely that it’s more difficult than it used to be.

At Magical Pest Control, we use a variety of methods to kill bed bugs. These days, heat and freeze treatments are popular, effective and harmless to people and the environment. Various safe chemical treatments are available as well. 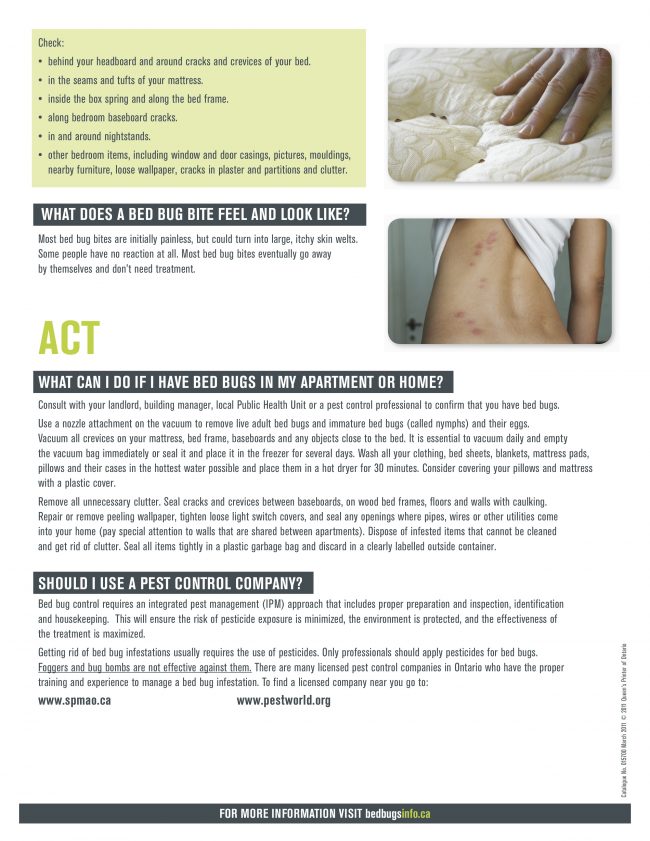 So why are bed bugs making a comeback now? It would seem to make sense that with improvements in technology, fighting bed bugs would be easier than ever. Unfortunately, that’s not the case. Fighting bed bugs has been made more troublesome for a variety of factors.

With the elimination of DDT as a viable chemical treatment, the bed bug extermination industry lost the most potent bed bug treatment ever known. However, we should be thankful it’s gone. DDT is extremely harmful both to humans and the environment. Some people have suggested that DDT should be brought back solely for the purpose of fighting bed bugs because they are resistant to so many other bed bug treatments available.

That is not something we should be considering. There are other much safer treatments that will not put your family’s health at risk, such as heat and freeze treatments. If you’re currently experiencing a bed bug infestation in your home, we highly recommend you consider our safe, effective and eco-friendly options.

It’s not just the ban of DDT that has caused the revival of bed bugs. Other factors such increased travel, complacency and increasing resistance in bed bugs must also be taken into consideration as well.

Because DDT virtually eliminated bed bugs for several decades before DDT was banned, there is a lack of knowledge about what bed bugs are, where they come from and how to most effectively deal with them.

The best thing you can do to prevent getting an infestation is to arm yourself with knowledge, especially if you travel often. People who stay in hotels on a regular basis are at a higher risk of transferring bed bugs into their homes. To learn how you can protect yourself while traveling, read our blog post on the subject.

If you suspect you already have bed bugs in your home, do not despair. Today’s treatments are safe and effective. 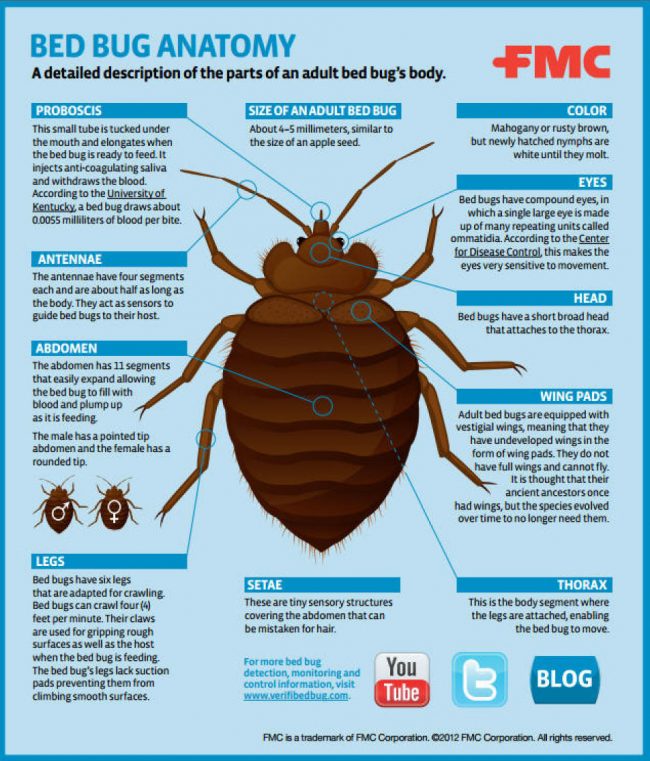