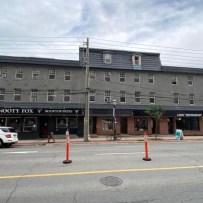 The chairs of Fredericton’s affordable housing committee say they want bylaws allowing the construction of single-room occupancy residences to be in place by next year.

This comes after a single room occupancy residence, or rooming house, was shut down after the landlord decided to turn the downtown building into apartments.

The move left many low-income individuals scrambling for housing.

Coun. Kate Rogers, who co-chairs the committee, said city staff told her that 1,100 residents are on waiting lists for affordable housing, and rooming houses could be an answer for many of them.

She’s hoping to have work on the proposed bylaw done as soon as possible.

She cautioned it will take developers time to adjust to building rooming houses.

“So even after we do develop sort of the enabling bylaw, I think it’s going to take developers a while to turn their head to working within that framework,” said Rogers.

“But I’ve spoken to a few developers who are actually quite excited by it.”

There are other things the committee is looking at to increase the amount of affordable housing in the area.

“That would really help non-profits who are looking to get into building affordable housing,” said Coulombe.

“So that would be things like building permits and sewer hookups and any city fee or process.”

Rogers is also calling on the provincial government to update the Community Planning Act.

“I think it’s just opening up the act to give more powers to the municipality, what it is that we are allowed to demand and require of developers,” said Rogers