BANK OF CANADA WILL RAISE RATES 500% THIS YEAR, TO START WITHIN WEEKS: NATIONAL BANK 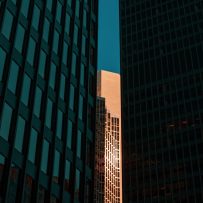 Canada’s central bank is about to take away the punch bowl real estate has been binging on for the past few years. The National Bank of Canada (National Bank) has forecast interest rates will rise over the next few weeks to combat inflation. Canada’s freshly lowered neutral rate means this will top out fairly fast, though.

Canadians Should Expect Interest Rates To Rise 500% This Year

National Bank sees interest rates doing a steep climb this year, and they expect it to start within weeks. In the first quarter, the Bank of Canada (BoC) is forecast to raise rates by 25 basis points (bps). This would bring the overnight rate to 0.50%, double the current level.

In total, the bank has forecast five interest rate hikes in 2022. By the end of this year, the overnight rate should be 1.50%. That’s 500% higher than the current level, so expect this to dampen inflation… amongst other things.

Canadian interest rates are forecast to rise next year, but the heavy lifting will be done. The BoC is forecast to hike 25 bps in Q2 2023, pushing the overnight rate to 1.75%. No change is expected for the remainder of next year, or the year after.

Recently the BoC lowered its neutral rate. The neutral rate is the level where it no longer provides stimulus, but inflation is at a stable rate. The new target is believed to be 1.75%, meaning the National Bank forecast will hit it soon. A lower neutral rate is something even the central bank had to express concerns about.

“Neutral interest rates are likely to be lower than in the past, which means that central banks will have less room to lower their policy interest rates in the face of large adverse shocks to the economy,” said both the Government of Canada and the BoC in a joint statement.

Canada ignored its addiction to low rates and high debt loads before 2020. While times were good, they leaned on household debt growth to pad performance. Now that the neutral rate will be hit fairly quickly, economic growth may mature fast. It’s not hard to see why the OECD has forecast Canada will see low per capita GDP growth for the next 40 years.