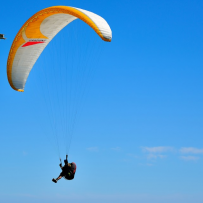 At the tail end of a year marked by strong house price growth, the Bank of Canada has warned that the country’s housing market could be overvalued by up to 30 per cent.

Although imbalances in Canada’s housing market were identified as a “key vulnerability” to Canada’s financial system in the twice-annual Financial System Review released on Wednesday, the bank said that a soft landing is still “the most likely way forward.”

In its report, the Bank of Canada said that house prices continued to outpace income growth in 2014 while mortgage rates have declined, supporting existing home sales activity after a more moderate start to the year.

“While it is difficult to know for certain, the wide range of estimates, including new research done at the Bank of Canada, suggest that there is some risk that housing markets are overvalued,” the bank said in its report.

According to the bank’s research, Canadian housing prices could be overvalued by 10 to 30 per cent, in line with estimates from other organizations, including TD Bank, the International Monetary Fund and The Economist.

Using a new model that assesses historic overvaluation in the Canadian market, researchers at the central bank looked at estimations of overvaluation back to 1975. They found that their current 10 to 30 per cent estimate was similar to over-estimations suggested by the model in 1981 and 1990, “both of which preceded significant corrections in house prices.”

The Canadian housing market “has been overvalued by more than 10 per cent since at least 2007, and has exhibited only a modest degree of upward creep since 2009.”

The bank was quick to draw a distinction between price corrections experienced in the 1980s and 1990s and the present period.

“[I]n both of those previous episodes, house prices were rising very rapidly prior to the downturn, which is often considered a symptom of overheating. Indeed, both the 1982 and 1991 downturns were accompanied by rising interest rates and a recession; in both cases, tighter monetary policy was leaning against rising inflation pressures, of which housing was one component.”

In contrast, the bank said that house prices have been rising in accordance with fundamentals while inflation has stayed low during the most recent period of prolonged house price growth.

This led the bank to conclude that the Canadian housing market “has been overvalued by more than 10 per cent since at least 2007, and has exhibited only a modest degree of upward creep since 2009.”

“This supports the view that a soft landing is the most likely way forward: a stronger Canadian economy will continue to support the housing market while household imbalances gradually diminish,” the bank said.

Read more on what’s in store for the Canadian housing market in 2015 here.