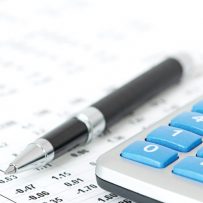 Addressing housing and the needs of the homeless across Canada is a key issue for community leaders and policy-makers. Many Canadians choose to rent their housing for a variety of reasons. For many low-income Canadians, renting is the cost-effective way for them to obtain suitable and adequate housing.
However, for many years in Canada, public policies at all levels of government have promoted homeownership. Those policies and programs include the following:
• tax-free status for capital gains on principal residences
• lower property tax rates applied to owner occupied homes in many cities
• rebates on land transfer tax for first time buyers
• the imputed income from living in an owned dwelling is not considered in determining the eligibility and level of payments under the Guaranteed Income Supplement (GIS) program
• tax-free treatment of the imputed income from living in an owned dwelling
Most of those benefits do not accrue to low income households, even if they are homeowners.
By contrast, since the 1970s the tax treatment of rental housing has become steadily worse. Those negative tax changes have meant that Canada’s housing system is not providing the housing opportunities in the rental sector needed by households with low and moderate incomes. In addition, since our economy relies on a mobile workforce, Canada is not well served by the promotion of homeownership at the expense of rental housing, and the Canadians who choose to rent should not be excluded from the benefits of public policy.
For more information about how renters and the rental housing industry are disadvantaged by the focus on homeownership, see our remarks to CMHC dated May 28, 2007 at
www.cfaa-fcapi.org/pdf/HomeownershipRemarksCMHC.pdf.
Many low-income families are being hurt by the policies, pressure and rhetoric promoting homeownership. Homebuyers should be made aware of the disadvantages of home ownership:
• Any gains made through house price appreciation may be offset by the cost of buying and selling.
• The possible benefit due to house price appreciation is uncertain and highly variable. In many years and many markets, house prices fall. This is particularly devastating to those with low equity, or the need to sell.
• For owners paying a high percentage of their income in mortgage payments, even a modest increase in interest rates can be devastating.
Numerous American commentators have recently expressed the view that American housing policy has gone too far in promoting home ownership for all households. In The Crisis in America’s Housing: Confronting Myths and Promoting a Balanced Housing Policy, the National Low Income Housing Coalition says:
Veteran housing counsellors said that providing low-income homeownership was a very time- and money-intensive endeavour that required significant subsidies to help a small number of families. Homeownership cannot replace successful rental assistance programs such as housing vouchers [i.e. housing allowances], and many low-income families are being hurt by the pressure and rhetoric to become homeowners.
In Rethinking Rental Housing: Expanding the Ability of Rental Housing to Serve as a Pathway to Economic and Social Opportunity, William Apgar of the Joint Center for Housing Studies of Harvard University, and former Secretary of Housing and Urban Development, writes:
There are downsides to excessive focus on promoting homeownership. Owning a home may prove unhelpful or even financially disastrous. Many low-wealth and low-income families … hope that homeownership in and of itself will help them achieve a better life.
In fact, lower-income homeowners may become trapped in declining neighbourhoods with little access to employment, good quality schools or social services and equally limited potential for price appreciation. In these situations, all too often the dream of homeownership becomes the nightmare of a financially devastating foreclosure.
On July 9, 2008, the government of Canada announced requirements for the new measures include:
• a minimum down payment of five per cent for new government-backed mortgages;
• a maximum amortization period of 35 years (rather than 40);
• a consistent minimum credit score requirement; and
• new loan documentation standards.
In order to promote a balanced policy, we suggest that the following also be implemented:
a) the phase-out of the 5% down mortgage programs;
b) the phase-out of programs that subsidize low-income homeownership, which are reminiscent of the disastrous Assisted Homeownership Program (AHOP).
c) policy measures to promote housing quality and affordability for those whose income and wealth place them in a poor position to access the tax and other benefits of home ownership; and
d) an improved tax situation for rental housing to provide benefits to renters analogous to those received by homeowners, so that public policy exerts a more neutral impact on the choice of tenure decision.
In the consideration of policy measures, attention should be given to the question of equity between renters and owners, as well as to addressing the income and affordability issues of renters.
July 2013
CFAA represents the owners and managers of close to one million residential rental suites across Canada. CFAA is the sole national organization representing the interests of Canada’s $480 billion private rental housing industry, which provides homes for more than eight million Canadians.