B.C. STILL UNDECIDED ON ANNUAL RENT INCREASE FOR 2023, BUT COMMITS TO BELOW INFLATION 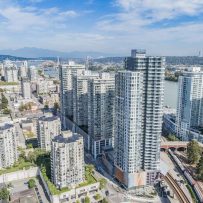 The B.C. government says it’s still working to determine how much landlords can raise rents in 2023, but is committing to it being below the rate of inflation.

In late June, the province said an announcement about the increase would be made in July. At the time, David Eby, then the minister responsible for housing, told CBC News the increase would need to be balanced between not making life more unaffordable for renters, while supporting landlords in maintaining properties.

The Housing Ministry, now under Murray Rankin — with Eby running to become the next leader of the B.C. NDP and premier — said Friday it is still working out what the increase will be and said it will not have a firm number for several weeks.

In B.C. landlords are allowed to increase rents only once a year and must give tenants notice of three months about their annual rent increase.

It is determined by the 12-month average per cent change in the all-items Consumer Price Index for B.C. over the year, ending in July.

That number, released by Statistics Canada this week, is 5.4 per cent in B.C., with the unadjusted rate of inflation at eight per cent compared to last year.

“Now that that data has been released by Statistics Canada, government is finalizing what the exact percentage will be for the rent cap, but it will be below the rate of inflation,” Rankin said in a news release.

Even if the B.C. government determines the allowable increase to be significantly under the rate of inflation, it still will most likely represent a large increase for renters compared to the past five years.

The B.C. NDP previously capped rent rises to inflation by eliminating an automatic two per cent rent increase on top of inflation.

Rankin said his government realizes residents are seeing some of the highest levels of inflation in decades, and finding an appropriate rent increase for 2023 is a balancing act.

“As many renters are barely hanging on and cannot afford a change in their rent at current rates of inflation, we will be capping the annual allowable rent increase for 2023 below the rate of inflation,” he said.

“The decision will aim to support both tenants’ right to find safe, secure, and affordable housing with landlords’ need to maintain their property so it can continue to provide rental housing for years to come.”