B.C. says $5B laundered in housing market, pushing prices up 5% 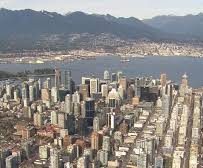 A report that estimates $5 billion was laundered through British Columbia’s real estate market last year also lifts the lid on the extent of illegal cash moving across Canada.

Some $7.4 billion overall was laundered in B.C. in 2018, out of an estimated total of $47 billion in Canada, concluded the report by an expert panel led by former B.C. deputy attorney general Maureen Maloney.

The report is one of two released Thursday and says B.C. ranks fourth for money laundering among a division of six regions in Canada, behind Alberta, Ontario and the Prairies – collectively Saskatchewan and Manitoba.

The report says the higher estimates of money laundering in Alberta and the Prairies may be “surprising,” but crime rates are rising in those provinces and illegal cash finds homes in jurisdictions where real estate is more affordable than B.C.

Attorney General David Eby said money laundering is a national crisis and until recently the federal government was not paying proper attention.

“Wealthy criminals and those attempting to evade taxes have had the run of our province for too long, to the point that they are now distorting our economy, hurting families looking for housing, and impacting those who have lost loved ones due to the opioid overdose (crisis),” Eby said.

“The party is over,” he added.

German was then tasked to write a second report on real estate, and he says in the document that the infusion of illicit money into the B.C. economy led to a frenzy of buying in real estate.

Maloney’s report estimated that illegal cash in the market last year hiked the cost of buying a home in the province by five per cent.

There are thousands of specific properties worth billions at high risk for potential money laundering, German’s report says.

“His findings are stark evidence of the consequences of an absence of oversight, the weakness of data collection, and the total indifference of governments until now to this malignant cancer on our economy and our society,” Eby said of German’s report.

Eby took aim at the former B.C. Liberal government for allegedly turning a blind eye to the crisis.

“The BC Liberals are calling on John Horgan and the NDP to carefully consider the reports and move quickly to engage with the federal government and take action to ensure that those who break the law are prosecuted and ultimately convicted.”

Eby said he was under no illusions the problems the province faces are unique.

He said B.C.’s cabinet is currently deciding whether to call a public inquiry. Green Leader Andrew Weaver said German’s report lays out a “direct rationale” for such an inquiry.

“Namely, that it would improve public awareness, play a crucial role in fault finding, and would help to develop full recommendations,” Weaver said in a statement.

Portions of German’s latest report were previously released, including on the limited police resources dedicated to fighting money laundering in B.C. and links to luxury vehicle sales and horse racing.

Eby said earlier this week he was shocked to hear some criminals laundering money through B.C.’s luxury car sector were getting provincial sales tax rebates when they sent the car out of the province.

The attorney general said the government will move to plug tax loopholes to prevent the rebate that cost the province almost $85-million dollars since 2013.

Several regulatory and professional agencies anticipated the findings of the reports and put anti-money-laundering policies in place last month.

The B.C. Real Estate Council said it would be partnering with the federal Financial Transactions and Reports Analysis Centre of Canada, or FINTRAC, to identify and deter money laundering and terrorist financing in the industry.

The B.C. Real Estate Association, the body that serves 23,000 realtors in B.C., said in April that it would join with four other agencies to keep the proceeds of crime out of real estate.

The other participating organizations include the Appraisal Institute of Canada, BC Notaries Association, Canada Mortgage Brokers Association and the Real Estate Board of Greater Vancouver.

Each organization has committed to sharing information, accepting only verified funds and making anti-money laundering education mandatory for its agents.

Below is some reaction on Twitter to the report:

AG @Dave_Eby and I will not back down from tackling the impacts of money laundering on people in BC and we’ll be taking further action based on these reports. #bcpoli

Money laundering report also notes BC not the worst. Alberta, Ontario and other prairie provinces have bigger problems.

“It is time for this government to start a public inquiry so that the public can get the answers it deserves and B.C. can move forward,” says @AJWVictoriaBC in response to today’s report on money laundering. #bcpoli