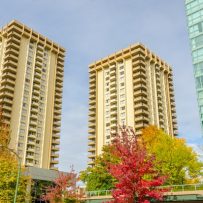 Real estate contributes billions of dollars to Canada’s economy each year, as a host of economic impact reports indicate.

Rental housing is not to be outdone, with a report KPMG LLP prepared for the Rental Housing Council of BC – known as LandlordBC – indicating that the rental market in B.C. contributes $12.25 billion to Canada’s gross domestic product each year. This exceeds the contributions of both the forestry and mining industries.

The majority of the impact is felt in B.C., where the rental business represents $10.6 billion in economic activity and 82,851 full-time jobs.

Yet the report – the first of its kind for B.C. – also points to a need for continued investment in a sector that is propped up by condos.

Purpose-built rental apartments typically offer a greater selection of configurations and are more affordable than condos. The latest Canada Mortgage and Housing Corp. (CMHC) figures peg the difference at 13.4% for one-bedroom units and 21.4% for two-bedroom apartments.

Also, owners of purpose-built rentals are committed to the rental business, Hutniak said, while condo owners have the option of becoming owner-occupiers.

“The owner of a purpose-built [apartment], that’s their core business, so they’re looking at making a long-term investment in this specific asset to augment an already existing portfolio,” he said.

KPMG’s study will underpin efforts to rally greater government support for the rental sector, which Hutniak believes will benefit landlords and tenants.

“Our industry, and renters, have largely been ignored by various levels of government,” he said. “Educating the public, and all levels of government, about our contribution is an important step in having a bigger conversation about supporting renters and landlords alike. … You need to argue with facts.”

Speaking of facts, the CMHC released its fall rental market survey last week, indicating that vacancies tightened and rents rose across the province over the past year.

Of course, that last stat cheers neither landlords, whose expenses continue to rise faster than rents thanks to controls that limit annual rent increases to inflation plus 2%, nor tenants seeking anything larger than a one-bedroom unit.

The average monthly rent for two- and three-bedroom units in Vancouver now sits at $1,311 and $1,542, respectively – a far cry from either the provincial or municipal averages.

The single biggest increase was in the province’s largest rental market, the Vancouver metropolitan area, which added 564 units.

However, the increase masks the ongoing loss of units from the market.

When correlated with the number of rental starts in recent years, the year-over-year gain in units shows that the supply is hardly keeping up with demand.

The CMHC reports that close to 6,000 rental starts have occurred in the region since January 2013 and more than 10,000 since 2010. Nevertheless, the inventory inches rather than vaults forward.

Meanwhile, condos – as the industry points out – continue to pick up the slack.

While a slightly smaller percentage of the total condo stock was rented out this fall, the number of leased units increased by 274 over the past year to hit 51,598.•