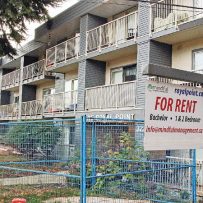 Landlords have the opportunity to reposition existing Vancouver rental properties or buy and build in sub-markets to capture accelerating demand.

Vancouver’s vacancy rate for rental apartment properties has hit a record low, decreasing to only 0.8 percent, the tightest vacancy rate in Canada, followed closely by Victoria and Toronto.

However, rental demand is increasing right across Canada as many delay homeownership because of steep prices, high-interest rates and the implementation of mortgage stress tests. According to Statistics Canada, only 66.3 percent of Canadians owned a house in 2018, versus 69 percent in 2011. In British Columbia, the rate was even lower with approximately 43 percent of the province’s residents owning a residential property.

High demand and low supply have forced average rental rates to skyrocket. Canada Mortgage and Housing Corp. data shows a 42 percent increase in the Greater Vancouver Area (GVA) rents over the past 10 years and a 20 percent increase in the last three years alone. As a result, Vancouver and many other cities are witnessing a trend of landlords evicting tenants to renovate older, more affordable units in order to increase the rent and secure higher-paying tenants. This is a solution property owners use to overcome the annual regulated increase of 2.6 percent permitted by the provincial government. However, Vancouver and some other GVA municipalities are now restricting such actions by requiring landlords to pay substantial amounts to evicted tenants.

Unfortunately, the new supply of affordable rental apartments has not kept pace with the demand.

One of the main factors is the high cost of land in B.C., which makes it more attractive for developers to build condos to sell instead of apartments to rent, which are difficult to make a profit on a short-term horizon.

Another factor is the limited number of government rental incentive programs for multi-family development projects.

The City of Vancouver has implemented several rental incentives in the last of couple years, including the current Rental 100 policy, which uses various incentives to stimulate projects where all units are secured as residential rentals for 60 years or the life of the building. Unfortunately, the shortest approval time for Rental 100 policy applications in Vancouver is roughly 20 months, while the wait time in other Canadian cities can range from six to 10 months.

While these and other initiatives have resulted in around 8,700 rental units in Vancouver, all levels of government need to adopt a collaborative approach in providing further incentives and introducing broader initiatives. To further alleviate the crisis, initiatives incentivizing higher density, smaller units, government grants and low-interest rates for construction financing should also be considered.

This vacancy issue is becoming more pressing as it directly intersects with the demands of future employment growth in Vancouver. While several new office towers are under construction in the downtown core, with an estimated 25,000 jobs being created, new workers will need a place to live. Slowing condo construction and shrinking rental inventory, in addition to the impending job boom, are potential catalysts of a major housing crisis.

B.C.’s rental shortage is of obvious concern, but many compelling opportunities remain for investors. It’s important to realize that apartment rental are a relatively safe asset class with multiple avenues for consideration.

• Transition existing properties: One opportunity is transitioning property to better fit the needs of renters. In Victoria, a landlord was able to renovate a 12-storey hotel and retrofit it to a 220-unit rental apartment building in an area with near-zero percent vacancy.

• Build to rent: Areas outside of Metro Vancouver are developing quickly and gaining amenities, which make them more attractive to residents. Nicola Wealth Real Estate partnered with Primex Investments, for example, to complete a multi-family project with more than 222 rental suites in Abbotsford.

• Leverage future urban sprawl: While the cost of land and construction for rental units is high in Vancouver, investors should consider areas located in the projected urban sprawl of the city and Victoria. Areas like Burnaby, Langley, Coquitlam and the suburbs of Victoria are  are developing more attractive amenities and career opportunities. Nicola is completing a three-storey project with 76 units in partnership with Primex on Vancouver Island in Sidney, where the vacancy rate sits near zero per cent.