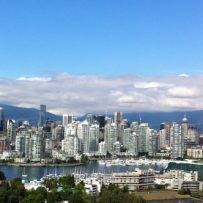 The Canadian commercial real estate industry will soon face a new multi-billion-dollar competitor in the marketplace.

British Columbia Investment Management Corp. said Wednesday it will take its $18 billion in real estate assets under management and create a new private company, to be called QuadReal Property Group, which will look to expand in Canada and globally.

BcIMC, which provides investment management services to the province’s public sector and invests the funds not currently required to pay pensions and other benefits, will set QuadReal up with an independent board of directors to oversee its operation.

As part of the move to internalize management of its real estate operations, the new company has retained Remco Daal as its co-president to head up its Canadian operations. Daal was the president of Bentall Kennedy, one of the companies that was providing external management to the B.C. pension fund.

The majority of bcIMC’s Canadian real estate assets are currently managed externally by Bentall, GWL Realty Advisors and Realstar. Management of real estate assets from those companies will begin to transfer to QuadReal in 2017. Roughly 500 employees are coming over from Bentall Kennedy to join the new entity.

“They’ve had a great run under the existing model and they are moving to more of a Canadian model as to how they manage their real estate,” said Daal, referring to the internalization of real estate, which is common for other major domestic players like the Ontario Municipal Employees Retirement System and Caisse de dépôt et placement du Québec.

With assets of $123 billion, 14 per cent of which is allocated to real estate, QuadReal expects to be saving money on fees as it begins to expand its base. Real estate allocation is slated to rise 18 per cent and bcIMC total assets will rise to about $150 billion in the next four years.

“We expect there will be assets for which we compete and opportunities for tenants which we compete,” said Daal, referring to the asset managers they are now dropping. “It’s all fair game.”

Last year, bcIMC started studying the internalization and brought in Jonathan Dubois-Phillips to look at that possibility. He will act as co-president and run QuadReal’s international operations.

The new company has no specific type of asset class in real estate it is eyeing and says it will be market driven. There is clearly no appetite to sell Canadian assets, which include Bayview Village, the luxury mall in north Toronto.

“The domestic portfolio is of a quality that we can’t replicate. The income stream is solid, solid and that’s ultimately what what our clients want,” Daal said.