B.C. economy to slow down, but real estate expected to maintain activity levels 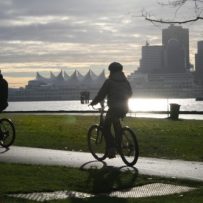 In its annual economic report released last week, the Chartered Professional Accountants of British Columbia (CPABC) predicted a provincial GDP decline from 3.7 per cent in 2016 to 2.9 per cent in 2017, and further down to 2.0 per cent in 2018.

Among the leading drivers of this development would be trade and investment uncertainty, along with the recent wildfires. The report quickly added, however, that “the construction industry and other real estate related industries will remain busy” for the rest of this year and through 2018.

“B.C.’s strong economy continued to attract residents last year, and the population expanded by almost 60,000 residents to reach 4.75 million. The majority of these new residents were either from other provinces or outside of Canada,” CPABC president and CEO Lori Mathison said.

“Most of them settled in [the Lower Mainland], fuelling growth in the service sector. Population growth is expected to continue in that region and will increase housing demand,” Mathison added. “B.C.’s economy is still based on sound economics and the projected 2.9 per cent GDP growth rate will place it amongst one of the top performing provinces.”

B.C. exports have also been forecasted to continue posting robust numbers due to steadily improving commodity prices and minimal Canadian dollar appreciation. As of the end of July 2017, the value of the province’s exports exceeded almost 20 per cent of year-to-date value in 2016, largely because of increases in energy exports.