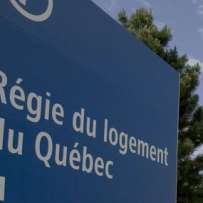 Unpaid rent can cause friction even at the best of times.

Now picture a lease going unpaid in a city that happens to be mid-housing boom, with home prices skyrocketing and near-zero vacancy rates—where many landlords are eager to end leases and raise the rent, and tenants are equally desperate to hold onto them.

Then picture that happening while evictions are banned. And it’s not one rent unpaid, but roughly one in seven across the city.

Montreal’s traditional citywide Moving Day this year, on July 1, promises to bring this volatile mix to a head, with landlords promising to evict renters en masse if the government permits it in time.

“As soon as…evictions will be possible, you’ll see bailiffs being very active,” says Hans Brouillette, the spokesman for the Quebec Landlords’ Association.

“We need [unpaid renters] to leave the apartment because this apartment may be rented to someone else starting from July 1.”

Brouillette said he believes those numbers, which came from surveys of roughly 2,500 landlords in April and May, are very accurate.

Andrée Laforest, Quebec’s minister responsible for housing, reported at a parliamentary commission in late April that 16 per cent of Quebec renters hadn’t paid rent that month.

A chaotic July 1 seems hard to avoid, with few solutions that suit both sides.

Landlords are angry about the amount of rent owing, said Brouillette.

“You are never able to recover this money,” he said. “You can go to the Régie du Logement,” Quebec’s housing tribunal, “to repossess the apartment… but to recover the money is almost impossible.”

Banks have allowed mortgage delays, but the full amounts will still be due someday, he said.

And now that the government has provided relief funding for laid-off workers, there’s no real excuse for people not to pay, he said.

The amount of the federal CERB, $2,000 per month, “works more here in Quebec than everywhere else in Canada,” he said, since Quebec has an average rent of $800.

It’s “a lot of money, especially if you don’t have so much to do with this money except to get groceries and pay your rent. There’s nothing else to do.”

“Six per cent of our landlords have no mortgage at all, but they need this money to live,” he said. “It’s an income that they need to get every month because it’s with this money they pay their own things, and groceries.”

Others, he said, “are in a situation [where] they bought an apartment building a year or two years ago, they’re facing huge costs, and they’re not even able to pay those costs only with the rent. They must pay it from their pockets, from their own income from their job.”

But those landlords may have also lost their jobs, he said.

Brouillette said tenants’ rights groups usually portray renters as poor, particularly amid the widespread COVID-19 layoffs, but that’s not always true—and anyway, the lowest-income people are some of the least affected by COVID-19, he said.

“Some receive social benefits and so their incomes haven’t changed,” he said. “We cannot compare the situation of the landlord [by] just saying just because he has a building, he is the wealthy person, and the poor tenant should have relief.”

Landlords are being asked to shoulder a disproportionate burden in the pandemic’s economic fallout, he said.

“They already pay in their income tax [and for] all those programs that are provided by the government. They should never have to pay, in addition, for rents for the use of the apartment that is unpaid for months.”

For many tenants, the new government relief still isn’t enough to pay rent, food and everything else they need, said Maxime Roy-Allard, the spokesman for a provincial coalition of housing committees called the RCLALQ.

“The cost of living has increased” in the pandemic, he said. “For example, for low-income tenants, they usually go to the food banks…but there are so many people going to food banks right now, and other places, it’s harder to get help.” That can force people to spend much more than usual for groceries and necessities.

A major survey released Thursday found that one in 10 Quebecers have turned to a food bank during the pandemic, half of them for the first time.

The federal CERB payments are also only available for people who are now earning $1,000 or less per month after pandemic income losses. Roy-Allard said that makes it an easy option for middle-class earners, who were more likely to lose all income, but that many people in relatively low-income brackets lost some work but wanted to hang on to what was left, though it’s very difficult to live on $1,000 a month, even in Montreal.

“We don’t think the solution is to reopen the rental board and evict all those people,” he said. “We don’t need a new eviction crisis on top of the COVID crisis.”

The big question for both sides is when exactly evictions will be restarted.

After announcing the eviction suspension in March, as the pandemic reached the province, the government has given no further clue to when it will reverse that decision or restart hearings at the Régie du Logement.

Landlords feel it’s time to start pressuring the government to reverse course before July 1, especially given the pace of the province’s economic reopening.

“If stores that are offering non-essential goods and services open, then the Régie du Logement should open too,” said Brouillette.

A spokesman for the provincial ministry of housing directed questions to the Régie, though the eviction suspension was part of a provincial decree.

A spokesman for the Régie, Denis Miron, said only that all evictions remain suspended.

However, Miron clarified, the decree also specifies that anyone who had already told their landlord they would terminate a lease must leave the dwelling on the agreed-upon day, so the new tenant may occupy it.

“We will never recommend,” not paying rent “because the consequences of this could be really bad for a tenant,” he said.

Ultimately, non-paying renters will have a housing judgment against them that will be publicly available to all future potential landlords, essentially blacklisting them.

“We’re afraid of the worst,” he said. “But we hope that the Quebec government and the rental board judges will be more forgiving for the tenants who lost their jobs.”

The landlords’ association, also invoking the eviction blacklist, urged tenants to take advantage of a new Quebec provincial loan for renters, offering a total of $1,500 in interest-free loans for May and June that can be repaid before September of 2021.

“We’ve been asking the Quebec government to make it more broad,” he said.

In another sign of the province’s awareness of the looming problem, it created another grant specifically for people who find themselves unable to move into a new place they had secured before the pandemic because “it will not be available,” meaning someone is still living there.

The grant provides up to $2,000 a month for two months, plus another $1,000 in moving expenses, for a range of problems that delay moving, also including postponed renovations.

In normal years, about 70,000 households move each July 1 in Montreal, according to the city.

Adding to the current dilemma is the fact that Montreal’s rents have been skyrocketing over the past two years, creating a rental market that was already often tense before the pandemic hit.

The vacancy rate was only 1.5 per cent this January—extremely low compared to most cities—and average local rent had risen 3.6 per cent in a single year, according to the Canada Mortgage and Housing Corporation.

For some renters, it’s frustrating to know that a landlord eager to evict them for being late on rent during COVID-19 is the same landlord who wanted to end their lease before COVID-19, but was prevented from doing so by tenant protection laws, said Roy-Allard.

Many Montreal tenants who have found themselves unable to pay recently have “tried to come to an agreement with their landlord,” he said, and advocates are hoping this will help earn them leniency when evictions do resume.

“We always tell them to put it on paper, so they can back themselves up if they go to the rental board,” he said.

Brouillette said that in the survey of landlords, in April, he was happy to see that 1.9 per cent reported offering discounted or free rent—but that not all can afford that.

And the strong housing market is nothing landlords need to apologize for, he said.

“This is a market, and tenants benefit from this market,” Brouillette said. “I remember in the 1990s when the [vacancy] rate was so high that the market was in favour of tenants who negotiated rents that were lower than that of the previous tenants.”

In 2020, “yes, the landlord has an opportunity raise the rent if there’s a new tenant or a vacant apartment, which is normal,” he said.