AS MANY STRUGGLE TO MAKE RENT UNDER COVID-19, ONE LANDLORD IS OFFERING ITS TENANTS RENT RELIEF 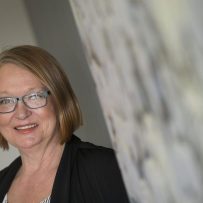 Last fall, like many tenants across Ontario, Kayla Lemieux was struggling to make rent.

Money had been tight for a few years — since her daughter was diagnosed with cancer and she’d gone on social assistance. She’d hoped to return to work as a personal support worker shortly before COVID-19 hit, but the threat of bringing the virus home brought those plans to a halt.

“Things were just going wrong for me, and I’d been trying to fill out budgets and get a payment plan going,” she said.

That’s when she was told of a program her landlord offers for renters in a pinch. Soon after she applied, her phone rang: her arrears had been wiped clean, and she wouldn’t be charged for any rent the following month. “I actually cried on the phone.”

While thousands of Ontario tenants have faced eviction notices over missed rent during COVID-19, and some landlords have filed hundreds of applications with the Landlord Tenant Board (LTB), Lemieux’s landlord, Skyline Living says it’s escalated a tenant support program first launched in 2018. It aims to avoid the LTB process for tenants who fall behind in its buildings in cities like Peterborough and Guelph.

First, the company connects tenants with external supports like rent banks, government funding and local organizations. Once those options are exhausted, tenants can apply to the company for help, which can include writing off their debts. Through the program, tenants can also access help paying for other expenses, from groceries to bill payments and school supplies.

Skyline’s current budget for tenant relief is $240,000 a year. Chief sustainability officer Jason Ashdown says roughly $60,000 has been given in direct financial assistance during COVID-19, which he expects to double by August 2021, as tenants continue to face economic turmoil.

“People do want to help themselves, and it is worth the risk to help those that need it,” he said.

Shelly Hynes, who administers the program, said there were still some cases that had resulted in eviction filings during the pandemic. In some cases, tenants didn’t respond to requests to apply for the program. Others’ applications were rejected if their stories “just don’t add up.”

Out of its roughly 50,000 tenants, the company has helped about 300 who fell into arrears keep their homes during COVID-19, instead of pursuing evictions, according to Ashdown.

Dania Majid, a lawyer with the Advocacy Centre for Tenants Ontario, said a program like Skyline’s is welcomed, but it only solves a small fraction of a larger problem.

With many more tenants across the province falling into arrears, she sees government rent relief as a necessary intervention.

“I would not suggest that a landlord here, a landlord there doing this is a substitute for a government-wide program,” Majid said, noting that broader efforts could also safeguard against discretionary decision-making and protect personal information. “Right now, we’re talking about one company doing this, and obviously there are so many other tenants that need help.”

The Skyline program is aimed at tenants struggling for reasons beyond their control — like job losses without fault, divorces, deaths, changes in income and sudden “life-altering” events.

The pandemic introduced new complications, Hynes said, with people struggling to pay over longer periods of time. “They’re coming in later with a higher amount owing.”

The day she spoke to the Star, she was reviewing a case where a tenant had fallen behind nearly $7,000. The person had been struggling with depression while unemployed, which contributed to a delay in them asking for help.

While Skyline says it’s tried to avoid arrears eviction proceedings, others have said the process is a necessity. Pinedale Properties, which had dozens of eviction filings for arrears last year, has told the Star a filing is sometimes needed to “focus” a tenant on addressing arrears.

Boubacar Bah, who owns a handful of properties in the GTA, said the situation is different for smaller landlords, who could face pressure making mortgage, utility and tax payments if even one tenant fell behind.

He’s opposed an eviction halt that’s been in place since mid-January, and which will lift on Monday across both Toronto and Peel.

“If you don’t authorize eviction, especially for nonpayment, then the whole system is going to collapse,” Bah said.

To him, a halt seemed to be a disincentive to provide rental housing. The latest moratorium was the province’s second during the pandemic.

Some have been awaiting the evictions restart, but others — including Toronto Mayor John Tory — have called for the halt to be extended.

“I think that the moratorium should come to an end when the pandemic is over,” Tory told the Star last month.

On Monday, the city will enter the province’s “grey” zone of restrictions, which Tory says still indicates a serious level of concern about COVID-19. He worries about tenants being displaced at this point.

“It strikes me as exactly the wrong time to be making a change, on the theory that somehow things are back to normal,” said Tory. “They’re not.”

Ontario’s Ministry of the Attorney General, which is resposible for sheriff’s offices, will not disclose how many evictions are pending enforcement. In January and February, the LTB issued 2,049 orders for Toronto eviction cases alone, 1,378 of which were concerning rent arrears — though not all orders greenlight an eviction, with some solely requiring repayments.

To Lemieux, paying back arrears while still struggling to make regular rent was a daunting prospect. “I would be in a huge bind, honestly,” she said.

Since her debt was cleared, and she was given a month to get back on stable ground, she said she’s paid in full and on time.

Hynes now expects the program to grow. “Hopefully we can spread this to other landlords,” she said. “So that they get the idea that it’s not all about the bottom line, all of the time.”