AS COVID EASES, RENTAL PRICES RISE IN CALGARY AND OTHER CITIES 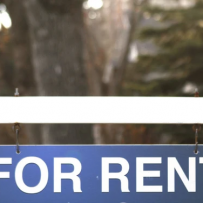 The average rental price of homes in Calgary rose in June, following similar trends in most major markets across Canada.

The median monthly rental price for a single-bedroom unit in the city grew by 1.9 per cent in June to an average of $1,239. The average two-bedroom unit grew by 0.5 per cent to $1,537, according to a report released this week by Rentals.ca and Bullpen Research and Consulting.

Paul Danison, a spokesman for Rentals.ca, said with COVID-19 cases dropping, restrictions easing and people returning to normal life, demand is beginning to rise. He said he expects prices to continue to grow marginally in the coming months as students begin to move and immigration picks up.

“I think there’s a little bit more demand. I think that demand is probably only going to increase,” said Danison. “People were kind of hunkered down, and they’ve saved some money and they want to rent.”

The Rentals.ca report showed most major cities saw similar trends to Calgary, which ranked 25th on a list of 35 cities in terms of highest cost of renting. Vancouver continues to lead that list, while Edmonton ranked 29th.

“Shots are getting in arms, it is summer, people are wanting to move, I think, you know, we’re just on a little bit of a rebound here, not only in Calgary but across Canada,” said Danison. “We’ve seen increases of rent across Canada in the past two months after six straight months of decline . . . we’re in recovery mode.”

British Columbia and Ontario continue to be home to a majority of the highest rental prices, with 19 of the 20 most expensive averages being in those two provinces. Halifax is ranked 18th.

Meanwhile, the Prairie provinces remain the most affordable with eight of the 10 cheapest cities included in the report being found in Alberta, Saskatchewan and Manitoba. London, Ont., is ranked one spot below Calgary at 26, while St. John’s, N.L., is the second-cheapest at 34. Grande Prairie is the least expensive city in which to rent among those included in the report.