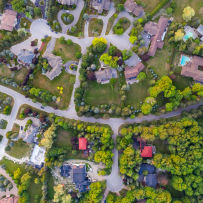 On the Reddit channel where Canada’s disaffected would-be homebuyers debate soaring prices, some people have had enough.

“How much we have fallen as a nation,” wrote one commenter on r/canadahousing, lamenting the fact that a two-income professional couple in a large city today can only afford “a shoebox condo,” while earlier generations moved into sprawling suburban homes.

A question has emerged among this group: Who to abandon the Liberals for? The Conservatives or the NDP?

It seems the Liberals have noticed the zeitgeist. On Tuesday, they released an affordable-housing platform that amounts to their most serious effort yet at addressing soaring house prices and rental rates. Perhaps not surprisingly, the plan contains more shiny objects to attract voters than serious policy changes that could change the underlying problems in Canada’s housing market.

A few things could backfire. The Liberals’ plan includes cutting Canada Mortgage and Housing Corp.’s (CMHC) rates for insured mortgages by up to $6,100. In a hot market, all this will achieve is to give home buyers who put less than 20 per cent down an extra $6,100 to bid on houses. That won’t help affordability in overheated markets like Greater Toronto or Greater Vancouver, where the Liberals are trying to capture key ridings. All it does is shift revenue from CMHC to the sellers of homes. Considering that CMHC is responsible for covering insured mortgages if they go bad, this seems like an unwise move.

Yet some of the shiny objects in the Liberal plan could make a difference, especially psychologically. Maybe the most notable — and controversial — of these is a two-year ban on foreign buyers in the residential market. This is likely to have a major effect on home sales in the Vancouver and Toronto markets, and it could have some unintended consequences.

It is a very common practice for the parents of international students in Canada to buy them a home, both as a place for their child to live and as an investment in a stable Western country. Banning foreign buyers could convince many parents to send their kids to school in the U.S. or Australia, and that could have a serious impact on Canadian universities’ budgets, which have become dependent on high tuitions paid by international students.

At the same time, it’s unlikely that banning foreign buyers will do much to improve affordability. As market analysts have pointed out, that foreign money is “sloshing around” these housing markets. It’s already there, and unless homeowners actively pull their money out of housing and into other investments, it will stay there and prices will remain at the levels they’re at. At best, we can say that foreign buyers won’t be pushing house prices up even further, at least for the time being.

Still, according to an estimate earlier this year from the Better Dwelling blog, at current prices, it would take 19 years for incomes to catch up in Toronto and Vancouver to the point that homes are affordable again. Banning foreign buyers won’t magically make these markets affordable.

It’s interesting to note that both the Conservatives and the NDP have taken a softer approach to the foreign buyer phenomenon than the Liberals, who have made it policy to attract more immigrants, international students and foreign investment to Canada.

The Conservatives earlier this month announced a plan to ban foreign buyers for two years, but only those who are not residents of Canada. Their plan would avoid the international student problem, by allowing those who will become residents in the future to buy homes. Since many foreign students stay in Canada, that avenue for foreign buyers would remain open.

The NDP has criticized that as a giant loophole, but their own plan — a 20 per cent federal tax on home purchases by foreign buyers — is unlikely to make much difference. Many places, including Australia and British Columbia, have failed to get foreign buying under control with additional taxes.

Another shiny object, the “Home Buyers’ Bill of Rights,” contains at least one worthwhile reform that Canada has badly needed for years: An end to blind bidding for houses. The practice of holding secret bids for a home purchase is so obviously ripe for abuse that it’s amazing it has been allowed for so long. Open bidding will remove at least some of the pressure that drives home prices upwards in a sales process.

But it’s unclear how the Liberals plan to do this, as real estate is largely the jurisdiction of provinces. Any policy like this would have to be done with the cooperation of provinces. Short of that, all the federal government could do is create incentives — a housing fund available only to provinces that banned blind bidding, for example.

But the very fact that we are seeing dozens of buyers bidding on the same homes — and the fact that renovictions are taking hold in rental markets across the country — are an indicator of the very large problem underlying all these others. Whatever its causes — foreign buyers, investors, underbuilding — Canada has developed a serious housing shortage.

Canadian housing has recently hit their highest level in decades. But this super-high level only matches those seen in the 1970s, when Canada’s population was barely more than half what it is today. We used to build way more houses. A report from Scotiabank earlier this year found that Canada has the lowest number of housing units per capita of any G7 country. If we were to match the G7 average, we would need to build 1.8 million homes immediately, the report found.

On the issue of housing supply, the Liberal plan has a big question mark over it. The plan includes a pledge to “build, preserve, or repair 1.4 million homes in four years to help increase the supply of homes available to Canadians.” That’s the first time a Liberal plan for increasing the housing supply has even come close to the right scale — maybe. “Preserved” and “repaired” homes don’t increase supply. Until we know the details, we won’t know if this plan is up to the task.

The Conservative and NDP plans for housing are equally vague. The Tories have vowed to build one million new homes in three years, but haven’t yet revealed how that will be funded or mandated. The NDP have vowed 500,000 new homes over 10 years, with an initial funding commitment of $5 billion, but little in the way of other details. And any plan to build houses anywhere will require the cooperation of individual cities and provinces.

Though the Liberal plan shows they’ve noticed the growing concern over housing, it’s no guarantee voters will buy their response. They’ve had six years in power, and in that time their efforts to address housing affordability proved to be weak tea.

The benchmark price of a house in Canada jumped from around $450,000, when Trudeau entered the prime minister’s office, to around $700,000 today. If they want credibility on this issue, they’ll have to convince voters they’ve had a serious change of heart about Canada’s housing strategy.