Are the Liberals really crossing $1-trillion mark on market debt for first time? 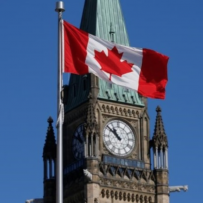 “Fact: When Fiscal Year 2018 begins on April 1, 2018, Canada’s market debt will be OVER $1 TRILLION for the first time ever. This is no April Fool’s joke. Justin Trudeau is failing Canadians.” — a Conservative ad posted April 1 on the Twitter page of Tory Leader Andrew Scheer.

The Opposition Conservatives have opened up a new line of attack on the Liberals in recent days after media reports said the country’s market debt had eclipsed the $1-trillion mark for the first time.

The articles focused on figures from February’s federal budget that stated the combined level of outstanding government and Crown corporation market debt was expected to hit $1.066 trillion by the end of the 2018–19 fiscal year.

The Tories used the reports to signal a negative milestone for the country — and they made efforts to point out that Canada hit this mark under the Trudeau government’s watch.

Experts, however, argue that market debt is an irrelevant measure when it comes to the government’s fiscal health — and, therefore, the timing of when Canada exceeds $1 trillion is largely meaningless.

The entire discussion around this issue raises questions, including: Is Canada’s market debt truly above $1 trillion and, if so, is this the first time it’s ever reached this mark?

Spoiler alert: The Canadian Press Baloney Meter is a dispassionate examination of political statements culminating in a ranking of accuracy on a scale of “no baloney” to “full of baloney” (complete methodology below).

This statement on its own earns a rating of “a little baloney” — the statement is mostly accurate but more information is required. The number is viewed by experts as irrelevant when it comes to the country’s fiscal well-being. Here’s why.

The 2018 federal budget said the government is projected to have “market debt” of $755 billion at the end of the 2018-19 fiscal year, which began this week.

Market debt, however, doesn’t include assets available to the government — and is therefore viewed as an inadequate reading on its financial position.

WHAT THE EXPERTS SAY

For Scott Clark, a former deputy minister of finance, the $755-billion figure in the budget clearly shows that Canada’s market debt still has a long way to go before it reaches $1 trillion.

Clark insisted the $311-billion figure for Crown corporations should not be combined with the $755-billion number. He said that the categories represent two different types of debt — and it would be like lumping together apples with oranges.

In addition, Clark said the government’s decision to include only some Crown corporations in its calculation, and to leave out Export Development Canada, also makes the combined figure lower than what it might be. By adding EDC’s numbers into the calculation along with figures from the other Crown corporations, Clark said the federal government surpassed $1 trillion in 2012-13 under the previous Tory government.

But above all, Clark argued that the important thing to remember is the timing of the trillion-dollar milestone on market debt is meaningless.

He said market debt isn’t the type of data that’s examined to determine the credibility of a government’s fiscal plan.

“It doesn’t mean anything,” Clark said of the market debt number that has been used for partisan attacks.

“They tried to take that $1 trillion and kind of goose it up to say, ‘Look, we’re falling off the end of the cliff.’ No, we’re not, and we’ve had market debt like this for quite a long time — we just changed the definition of it.”

Randall Bartlett, chief economist of the University of Ottawa’s Institute of Fiscal Studies and Democracy, agreed that Canada still hadn’t reached the $1-trillion mark, and that it all comes down to an accounting definition.

“Honestly, I think this whole idea of a trillion-dollar threshold — it makes for a good headline, I guess,” said Bartlett.

“But it’s pretty arbitrary in a lot of ways.”

Instead, he said the focus should be on how big the traditional government debt is as a share of the economy — is it going up or down? It’s important to also look at why a government is incurring new debt and whether it’s to fund economy-boosting investments like infrastructure.

He added that if one were to look in the national public accounts for gross debt, which includes all outstanding liabilities, they would see that Ottawa surpassed $1 trillion in 2012-13 under the previous Conservative government.

Chloe Luciani-Girouard wrote in an email that market debt only tells half the story. She said that when determining a country’s fiscal health the International Monetary Fund prefers to look at net debt, which unlike market debt also takes into account government assets.

“By this measure, the federal debt, which considers assets and total liabilities, is about half the marketable debt,” she said.

The federal debt, which is frequently the focus of debates about the country’s fiscal footing, is expected to reach nearly $670 billion in 2018-19.

A senior government official, who spoke on condition of anonymity, acknowledged that a strict definition of market debt in the budget shows the number surpassed the trillion-dollar mark for the first time.

The official stressed that market debt is a very weak indicator of a government’s borrowing capacity or overall health and, by omitting assets, the reading fails to tell the whole story of the country’s financial position.

In this case, the government’s definition for market debt, which includes figures for Crown corporations, predicts the number has exceeded, or is about to exceed, $1 trillion for the first time.

Even if experts dismiss the market debt measure as largely meaningless when it comes to fiscal footing, the budget does show that the number in this definition will surpass the threshold.

For that reason, the Conservatives’ statement rates “a little” baloney.

The Baloney Meter is a project of The Canadian Press that examines the level of accuracy in statements made by politicians. Each claim is researched and assigned a rating based on the following scale:

No baloney — the statement is completely accurate

Full of baloney — the statement is completely inaccurate