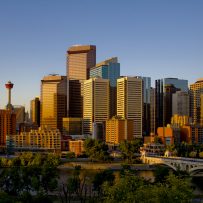 Apartment buildings are sprouting up across Edmonton at a rate not seen in recent memory.

There are 46 apartment developments under construction in the region, according to commercial real estate firm CBRE. Those projects will add about 5,000 new rental units to the market.

“An average year prior to the building boom would have been 1,000,” said Bradyn Arth, an associate with CBRE’s national apartment group Edmonton office.

The last time Edmonton saw similar volumes of apartment construction was in the late 1970s and early 1980s, according to Bradley Gingerich, senior vice-president of CBRE’s Edmonton group.

Sales of apartment buildings are also high as investors look to capitalize on the region’s razor-thin vacancy rate and population growth.

“We just see tremendous activity in the market on resale as well as new development,” Arth said.

Sales volume involving existing apartment buildings totalled more than $301.5 million in 2013, up 35 per cent year-over-year. There were 51 buildings which changed hands, involving more than 2,200 suites.

Landlords are responding to Edmonton’s tight vacancy rate and rapidly growing population. The number of people moving to Alberta for work has pushed down the vacancy rate to 1.2 per cent in Edmonton during the last three months of 2013, according to CBRE’s fourth-quarter market report. That’s even lower than the Canada Mortgage and Housing Corp.’s fall rental market vacancy rate of 1.4 per cent. A year earlier, it was 1.7 per cent.

So far, most of the development has occurred on the city’s perimeter along the Anthony Henday Drive, but Arth said he expects more developers to investigate building in central Edmonton. 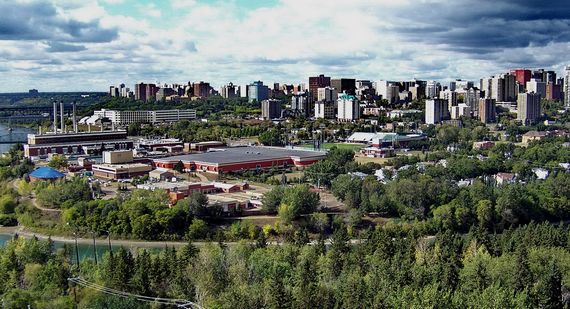 The CBRE report says many apartment projects will be completed this year, easing pressure on vacancy and average rental rates.

CMHC senior market analyst Christina Butchart said the agency’s forecast calls for activity to moderate over 2014 in the multi-family sector.

“That’s just because there’s quite a bit under construction right now,” Butchart said.

“Right now, multi-family inventories, particularly for apartments are quite low, but as the ones currently under construction come on to the market, that might put some upward pressure on inventory.”