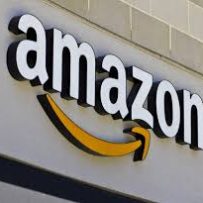 Amazon.com Inc. (AMZN.O 5.01%) is a dominant player in industries as diverse as cloud computing, streaming media, and of course e-commerce, but the next business it should set its sights on is decidedly more old fashioned: gas stations.

That view comes courtesy of DA Davidson, which wrote that the company could benefit from expanding its portfolio of physical stores — which already includes “pop-up” stores and the Whole Foods grocery chain — as “another means for it to advance its delivery efforts.”

This comes after the Wall Street Journal reported Monday that Amazon was planning to expand the number of Whole Foods stores.

Adding gas stations would “provide the company thousands of commercial locations to advance its delivery efforts,” analyst Tom Forte wrote to clients. He suggested that such outposts could be used for Amazon Locker — the company’s centralized package pick-up locations — or to utilize Amazon Go, its cashier-free checkout technology. In addition, selling gas would provide another revenue source; Forte noted that Costco Wholesale derived 10 per cent of its revenue from gasoline sales.

DA Davidson has a buy rating on the stock, along with a US$2,450 price target, the highest of any on the Street, according to data compiled by Bloomberg. The average is US$2,155, which implies upside of more than 40 per cent from current levels.

Gas stations would also “provide the company additional data on the physical whereabouts of consumers,” as it would have “thousands more locations where it would know where consumers were shopping,” Forte wrote in a Wednesday note to clients.

Amazon derived 7.5 per cent of its third-quarter revenue from physical stores, data compiled by Bloomberg show. More than 50 per cent came from online stores in the period.

Shares of Amazon rose 1.1 per cent on Wednesday, erasing an initial decline. While the stock encountered bouts of heavy volatility in the second half of 2018 — dropping more than 30 per cent between a September record and a Dec. 24 bottom — it ended the year with solid gains, up 28 per cent.