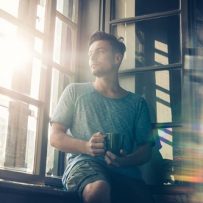 A study from the Canada Mortgage and Housing Corporation (CMHC) revealed that nearly half (45%) of Greater Montréal area households are renters – and that many of them live alone.

According to the CMHC’s Housing Market Insight report, 48% of renter households in the Montréal were people living alone. The report also found that about 35% of all renter households had incomes below $30,000, before taxes. Households with incomes above $100,000 accounted for only 5% to 8% of renters in most sectors of the Montréal area. However, in the Griffintown, Outremont and L’Île-des-Soeurs areas, where rents are generally high, the proportions of renters varied between 20% and 25%

“Renter profiles were fairly consistent across the various geographic sectors of Greater Montréal,” said Francis Cortellino, market insights economist at CMHC. “Most renters were people living alone, with relatively low incomes. The data revealed that lower-income households also moved slightly less often than other households and tended to stay within the sector where they already lived, when they did move. Finally, there did not seem to be a significant movement of less affluent renters to sectors of the CMA where the rents were less costly.”