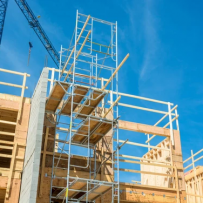 Increased costs to purchasers and a decreased new housing supply due to “market distortions” could be the result of a City of Toronto’s flawed approach to inclusionary zoning, says the Building Industry and Land Development Association (BILD) in a new report released earlier this week.

Inclusionary zoning is a planning tool that allows municipalities to require builders and developers to devote a certain percentage of new residential units within a given project to be set aside for affordable housing.

It has become a hot-button issue in cities like Toronto particularly as it applies to provincial major transit station areas (PMTSAs).

“Using this approach, the City of Toronto is essentially requiring purchasers of market rate housing units to subsidize affordable units at the rate of $65,000 and $116,000 per rental unit over the lifetime of the unit,” said Dave Wilkes, President & CEO, BILD. “Under this proposal the City is placing the burden solely on the back of purchasers of new homes.”

Wilkes warns also of “unintended consequences,” the added costs will be a disincentive to new projects getting built as many will become financially non-viable — “at a time when housing supply is already under great pressure and affordability is more elusive than ever.”

In the big picture, Wilkes says supply is already out of balance with demand. BILD estimates an annual shortfall of 18,000 housing units; a situation that only stands to get worse as forecasts call for 4.4 million new residents to come to the GTA by 2051.

In September 2020, the City released policy proposals that provide its framework to guide the implementation of the construction of affordable housing units by private developers. BILD is now calling for the “consultations to continue” before these proposals are tabled later this year.

The BILD report cites a number of other cities in North America where partnerships and policies are in place where builders and municipalities share the risks and costs of building below market units whereas “the City of Toronto is taking an unprecedented approach that does not provide offsets or density bonuses to compensate for the cost of building the affordable units. It rushes to mandatory implementation and does not provide a cash-in-lieu option.”

Further, BILD says, the City already collects money for affordable housing from a new development through Development Charges and soon under the new Community Benefit Charge.
“Government fees, taxes and charges already account for almost a quarter of the cost of a new home in the GTA,” added Wilkes. “It’s time for municipalities to realize that layering more costs into building housing is one of the root causes of our current housing crisis.”

He said also BILD fully acknowledges the need for more affordable housing in Toronto: “We are all in. But at this stage, the City of Toronto’s proposals do not reflect well established best practices and will not achieve this goal. The City’s proposed policies are really inclusionary zoning in name only, not in function.”