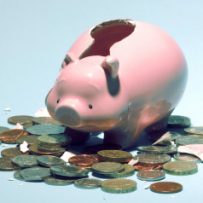 One in five Canadian renters face an affordable housing crisis, spending more than half their income on shelter costs, a problem that appears to be even more acute in suburbs and small cities than in major urban centres.

A new study by a coalition of affordable housing groups in six provinces and the Vancouver City Savings Credit Union offers one of the most exhaustive examinations of rental affordability in the country. The group’s Canadian Rental Housing Index crunched data on income and rents from Statistics Canada’s Survey of Household Spending for more than 1,000 municipalities and regions.

While the data are limited – Statistics Canada’s numbers date back to 2011 – the numbers paint a clear picture that renters have not been immune to the soaring costs of Canadian real estate.

Across the country, 40 per cent of renters spend more than 30 per cent of their household income on the cost of rent and utilities, the level at which many say housing costs become unaffordable. About 20 per cent spent more than half their income, which housing advocates say puts them at high risk of becoming homeless.

“There is a huge segment of the population that has been completely forgotten when it comes to our housing strategy, and that is about half of renters in this country,” said Tony Roy, chief executive officer of the BC Non-Profit Housing Association.

While rents tend to be highest in cities such as Toronto, Vancouver and Calgary, the communities facing the greatest affordability crisis tended to be the suburbs, where home prices have been soaring and developers have built little in the way of rental apartments or social housing.

In British Columbia, 31 per cent of renters in West Vancouver spend more than half their income on housing, compared with 25 per cent in the City of Vancouver itself. Communities such as Burnaby, Coquitlam and Richmond are among the worst when it comes to both affordability and supply of rental housing, the group found.

In the Toronto area, average rents are higher in suburban communities such as Milton and Vaughan than in the City of Toronto. Mississauga ranked among the worst cities in the country when it comes to a shortage of affordable rental housing. In Whitchurch-Stouffville, a suburb north of the city, 30 per cent of renters spend more than half their income on shelter costs, the highest in the province and well above the 22 per cent of renters in Toronto.

Affordable-housing advocates say soaring rents in the suburbs are a symptom of a lack of low-cost rental supply in the major cities, where the bulk of the new rental stock has come from high-priced, investor-owned condos. That has pushed many low-income workers, particularly those working in the downtown service industry, farther away from the core in search of housing.

“Eventually you can only move so far,” said Sharad Kerur, executive director of the Ontario Non-Profit Housing Association. “If you are a service industry worker at the Royal York Hotel, how much farther can you go out to find a home until you start to say, ‘I can’t do this any more?’”

Smaller towns and cities face their own challenges. The Western Canada resource boom has brought an influx of transient workers into small communities in northern Alberta and Saskatchewan, driving up rents. In Ontario and B.C., popular vacation destinations for well-heeled summer residents and retirees, such as Muskoka and the Okanagan, are also grappling with high shares of residents who have been priced out of the local rental market.

But the problem appears to be most severe in the small cities that act as magnets for residents living in impoverished rural regions nearby.

In Duncan, B.C., on Vancouver Island, nearly one-third of renters spend more than half their income on housing. Many are workers in low-income jobs or those on social assistance who have moved to the city from the surrounding Cowichan Valley in search of jobs and social services and because the lack of public transit makes it difficult to commute from their home communities, said Joy Emmanuel, affordable housing co-ordinator for the Social Planning Council of Cowichan. “Those kinds of factors all contribute to having a high population that’s really spending more than they can afford just on basic shelter.”

In Digby, N.S., where 36 per cent of renters spend more than half their income on housing costs, a depressed economy and shrinking work force coupled with an aging housing stock has left the community in dire need of affordable housing. Many of the region’s work force has relocated to Western Canada, leaving behind abandoned homes that have fallen into disrepair or gone into foreclosure and cutting off a potential supply of affordable homes for those who remain, said Bernadette MacDonald, executive director of the Tri-County Women’s Centre, one of the groups working on an affordable housing strategy for the region.

While affordable housing is often seen as a municipal issue, advocates say the issue should be a high priority for party leaders in the federal election. Much of the country’s affordable housing stock dates back several decades, to when the federal government struck agreements to finance mortgages on low-cost apartment buildings. Many of those agreements set to expire over the next several years, spelling the end of $1.7-billion in annual funding from Ottawa and putting as many as a third of the nearly 620,000 affordable housing units at risk of either falling into disrepair or being converted into higher-priced rental suites, Mr. Roy said.

Editor’s Note: An earlier version of this online story incorrectly stated that the rental survey is based on data for purpose-built rentals only. In fact, the study includes data for all types of rental accommodation, including condos and single-family homes.

One reader said the article raises questions about how well off we are in Canada:

“According to the article … 20 per cent [of renters] are paying half their income just for rent. It becomes akin to slavery when working people can get little more for their labour than a rented roof over their heads, and possibly three square meals a day. Tell me again about how wealthy Canadians are.”

“Housing is up for everyone, not just renters. I know people who own and pay more than 50 per cent of their income toward their house. This is a new phenomenon, so get used to it. First World countries will keep getting more expensive as everyone in the world is trying to move to them. As population increases so does the the demand.”

Another reader placed blame at the feet of cities and municipalities that restricted building zones and left behind a housing crisis:

“The unaffordability crisis is not just a crisis for low-wage earners, but also includes, in many parts of Canada, middle-income earners who can’t afford to buy a family home. The biggest frustration is this crisis has been created artificially and deliberately by local authorities restricting housing development leading to lack of supply. Calgary is a classic example where there is effectively unlimited land around the city yet there is a massive shortage of zoned housing land.”

Another reader noted how much affordability has changed in the past two decades:

“In the late nineties, a musician and a yoga teacher with two kids could afford to buy a house in downtown Toronto. Then things began to change. The Benz’s and BMW’s moved into our neighbourhood. I have no idea how young people who need to live in a big city can afford it.”

Another reader said the housing market will improve if governments get out of it:

“If market forces are left to deal with this issue, it will find an equilibrium. It is when governments get significantly involved that issues like this persist. Spending half your income on rent and utilities is not the end of the world. That leaves half for food, clothing and entertainment. Suck it up or do something different. The world does not owe anyone a living!”

Another reader said renters have to pay based on the price of real estate, which is much higher now, and that keeping rents low just stops building of new housing:

“It baffles me that renters feel they should be immune to the rising cost of real estate. Ask anyone who has bought a house recently … they are paying more than they did previously because the acquisition costs are higher. I’m further perplexed by the logic of those who feel that if we have a broad social problem with renter affordability, the solution should be borne by landlords. If this is a societal issue, shouldn’t it be addressed by the population at large through general tax revenue? Suppressing rents is what has got us to the point that virtually no new rental stock has been built for the past 30 years. Time to rethink that if you want more rental stock. If there were a couple of thousand empty rental units begging for occupants, you can bet that rents would be coming down.”